Haider gave the singer her first break in the movie ‘Majboor’ which was her first major breakthrough. Speaking of her mentor, the singer declared, “Ghulam Haider is truly my Godfather. 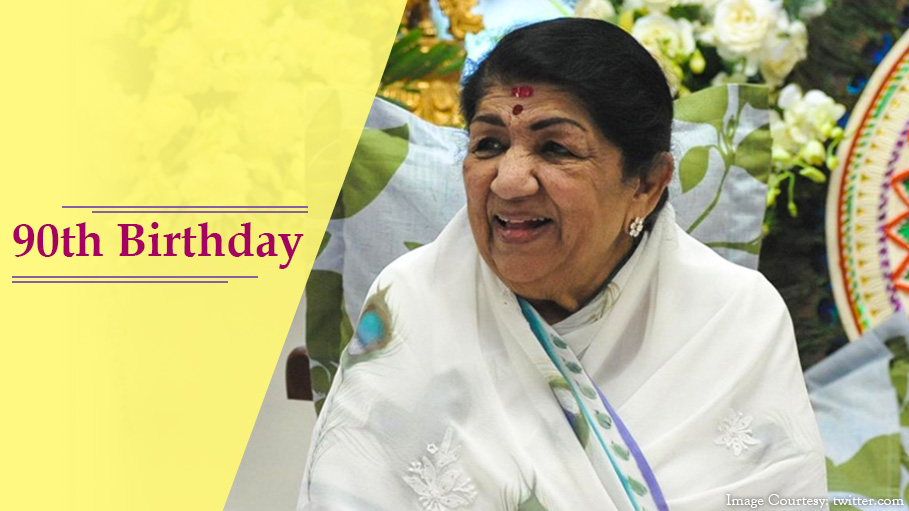 The ‘Nightingale of Bollywood’ – Lata Mangeshkar’s birthday is coming up on September 28 and in honor of her immense contribution to the music industry, Mr. Modi would be conferring her with the title-‘Daughter of the Nation’ on this day. The legendary singer would be completing 90 years.

Poet and lyricist Prasoon Joshi has written a special song for this occasion. The melody queen has lent her voice to the Indian music industry for decades and it was music director Ghulam Haider who mentored her as a singer.

Her musical journey began pretty early and it wasn’t an easy one. One producer dismissed Lata Mangeshkar and labeled her voice as being “too thin.” Haider gave the singer her first break in the movie ‘Majboor’ which was her first major breakthrough. Speaking of her mentor, the singer declared, “Ghulam Haider is truly my Godfather. He was the first music director who showed complete faith in my talent.” The ‘voice of the nation’ has recorded over 27,000 songs in several regional and foreign languages over several years.

Her career had its fair share of ups and downs. Years back the singer was in deep pain and only after a doctor examined her thoroughly did they come to know that she was given slow poison. It took a period of three months for the queen of melody to completely recover. Strangely, her cook left her place without even taking his wages suddenly. The same cook had earlier worked with several other Bollywood personalities. Despite certain setbacks, the singer successfully made a mark in the industry and permanently made a place in the hearts of the Indian masses.

Recently the singer made some remarks about upcoming singer Ranu Mondal, who was discovered at a railway station that didn’t go well with some of her fans. She remarked, “If anyone gets benefited from my name and work then I feel fortunate. But I also feel imitation is not a reliable and durable companion for success.”

There are other loyal fans that stood by Lata Mangeshkar and said that the singer’s critics didn’t pay attention to what she had to say in the end.  The singer said, “By singing my songs or Kishoreda’s (Kumar), or (Mohd) Rafi Saab’s, or Mukesh Bhaiyya or Asha’s (Bhosle) numbers, aspiring singers can get short-term attention. But it won’t last. Be original. By all means, sing the evergreen songs by me and my colleagues. But after a point the singer must seek and find his or her own song.”

It is difficult to come to any conclusions about the singer at this stage and guess the “Nightingale of Bollywood” has to be given the benefit of doubt. Probably, she just wants upcoming sensation Ranu Mondal to find her “own song” and find her own path in the industry just like she did.