Lessons on Mentorship from Black Panther

Marvel’s Black Panther was a widely appreciated subject-matter and film. Black Panther taught us more about mentorship than most management books and made us believe in the power of having a good mentor. 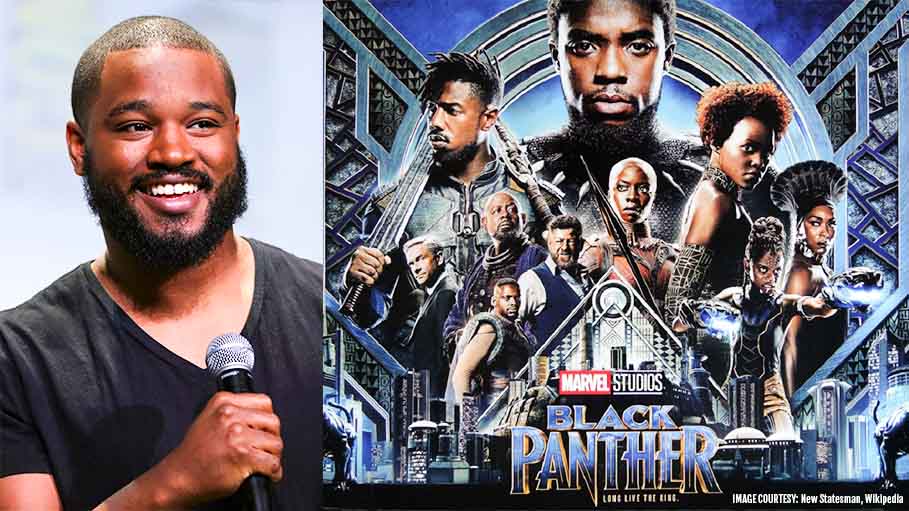 One of the hottest movies of the year, Marvel’s Black Panther was a widely appreciated subject-matter and film. People loved the fact that there was so much rich culture and heritage dropped into the script and that there was a solid story arch and advice in the mix.

It's Marvel’s 18th superhero saga and is set to reach half a billion in collections globally. This is incredible because the character was simply teased in the previous Marvel movies and it wasn’t fully fleshed out. The hype around the introduction of Black Panther made it clear – African American audiences wanted a superhero that they could relate to.

The mentorship during the filmmaking

Filmmaker Ryan Coogler is Marvel Studio’s first African-American director, and its set to be one of the most successful Marvel movies ever made. What makes it so much more special than other films? It’s the attention to details and context. When we think about the movie Black Panther, we think about the Black Panther movement. We have certain connotations and context attached to that, which adds the basis for the movie’s projections. When we add to it the sense of mentorship and relationships – we get a deeper sense of the word success.

Black Panther taught us more about mentorship than most management books and made us believe in the power of having a good mentor. Why is this the case? Because the movie was chalk full of mentor-mentee relationships that provided different insights at different intervals. There was the relationship of king-advisor and brother-sister, which made the main character play different roles at different times. A true mentorship experience involves that the entrepreneur remains open to different roles that they must play in their careers.

Filmmaker Coogler understood the importance of mentorship right from the moment he started filming the movie. He understood that the characters needed to be as thought-through as possible so that he could get the most out of his actors. He consulted with friends and mentors to give him the most amount of insight and information that he could use later on in the film. His mentors guided him throughout the process of filming and he was able to make a successful movie because of just that.

“This is my second time working in the studio system, and they say it’s the studio system, but it’s really the people system. It’s who’s running the studio? How are they running it, When you look at Disney with [Tendo Nagenda, executive vice president for production at Walt Disney Studios, and Nate Moore, a producer at Marvel Studios and an executive producer of Black Panther], it’s a place that’s interested in representation, not just for the sake of representation, but representation because that’s what works, that’s what’s going to make quality stuff that the world is going to embrace, that’s what leads to success.”

He was guided from start to finish, not by bosses and executives but by people who wanted the best for him. That’s what’s transpired in the making of the film as well.

Ryan understood the value that different mentors can bring to a project, so he hired creed production designer Hannah Beachler, frequent editor Michael Shawver and Fruitvale Station director of photography Rachel Morrison. Ryan didn’t want to assemble a cast that was filled with friends, instead he chose to be around people whom he admired as mentors. Rachel is the first woman to be nominated for best cinematography this year at the Oscars. Ryan wanted to be around all-stars who inspired him.

He even talked asked Ava DuVernay, director of 'A Wrinkle in Time', so that she would mentor him closely on the projects that he was working on. She was a leader with a vision and Ryan wanted that energy for the film.

When Forest Whitaker’s character mentors Chadwick Boseman’s, he takes him through the traditions of the tribe. You want to reflect upon the values and traditions that you have in your company. Are you focused on customer deliverables or on innovation and passion? Your values, tradition and tribal connections can play a huge role when it comes to mentorship. Mentorship isn’t fulfilled in a bubble. It takes a tribe to create a leader, and if you want to create more leadership-oriented people, then you need to be able to understand what your tribe is all about and how it plays on to your company’s values.

Chadwick had many interesting interactions with his on-screen sister Letitia Wright. Her character ‘Shuri’ was a bundle of innovative energy but needed the right guidance and roots to be able to flourish. Chadwick recognized that most innovators need a sense of stability so that they don’t go overboard or turn dark so to speak.

When you have quality talent in your organization, it's important to recognize their gifts early on and allow them to participate in a nurturing environment. This is even more so important when you’re in a competitive industry that requires innovation and your staff needs to be at the highest quality possible. These characters, if mentored correctly, can inspire others to become more innovative themselves as well, thereby reinvigorating the whole company.

Danai Gurira, who played Okoye, lead a troupe of all-women warriors who served under the King. She was a leader and a mentor to many young women who needed guidance and a follow-up plan when it came to fighting with enemies. Where she was successful - is her commitment. Even though the King had been dethroned (spoiler), she stayed committed to the new King as it was her duty to serve the people under him.

Regardless of what her personal beliefs were, when it came to service and loyalty – she was committed. How often are you committed to your goals? A good mentor needs to demonstrate strong commitment to projects, people and possibilities that arise in front of them. Mentorship is all about dealing with uncertainty, and it’s a great way to provide guidance where there is no one to help out mentees.

Movies have a lot to teach us, if we’re looking for things that we need to spot. Black Panther has some of the most transparent lessons on mentorship that we’ve seen in recent memory.