New for 2019, Manchester City has hosted a series of #SameGoals Football Festivals across the globe to provide girls with more opportunities to play the game. 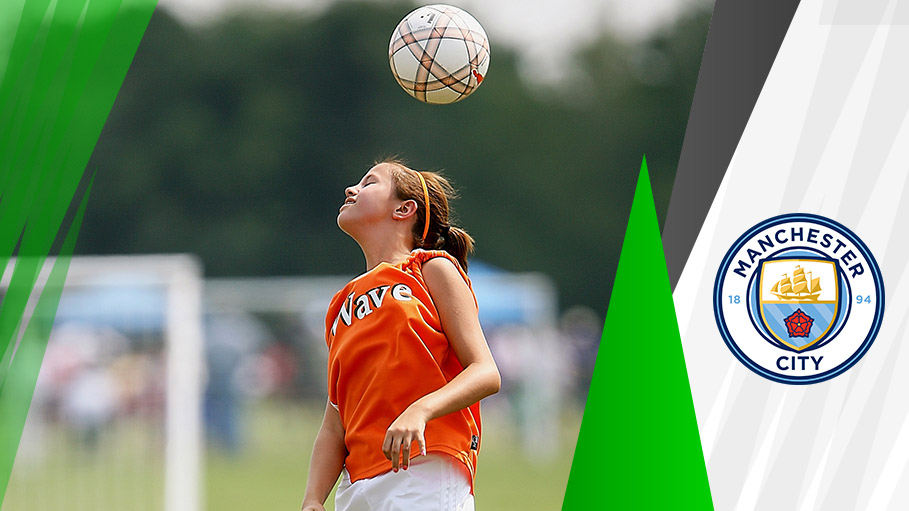 Following the success of #SameGoals 2018, Manchester City brought the initiative back for a second year and is delighted to see even more girls taking part.

The prime aim of the #SameGoals initiative is to inspire the next generation of female footballers by providing free footballs to every girl who sends in a video showing her scoring – or saving – a goal, this way she can keep playing and growing her passion for the game.

New for 2019, Manchester City has hosted a series of #SameGoals Football Festivals across the globe to provide girls with more opportunities to play the game. These festivals included one in Kolkata that was delivered by twenty Young Leaders who are supported by the club’s Cityzens Giving project. Cityzens Giving is Manchester City’s global community initiative, which empowers Young Leaders around the world to change lives through the power of football.

With over 205,000 Cityzens members based in India, where Manchester City also has ten Official Supporters Clubs, the club is encouraging girls across India to get involved.

To enter #SameGoals, which runs until 31 March, girls are encouraged to post a video on Twitter or Instagram that shows them scoring – or saving – a goal.* The goal can be scored, or saved, anywhere using any kind of ball; the more creative, the better. For every video posted using #SameGoals and tagging @ManCity, the Club will send each girl a free football of her very own, so she can keep playing.

Jill Scott, Manchester City midfielder, who visited Mumbai in 2016 to visit another of the club’s Cityzens Giving projects, said that she loves playing football. It’s fun, a great way to make friends and also helps one to keep fit and healthy. Same Goals is such an exciting initiative, because it not only gives girls an opportunity to show off their skills, but also means Manchester City can support the next generation by providing them with free footballs so they can practice anytime, anywhere.

She added that she loved visiting India a couple of years ago, the passion for football in the country is undeniable and she is looking forward to seeing the entries they receive from girls living there.

Gavin Makel, Head of Women’s Football, said that everyone at Manchester City was delighted to see how many girls participated in last year’s Same Goals initiative and this year they want to reach even more young people. By hosting a variety of football festivals in different global locations, they hope to bring the game closer to girls everywhere. At Manchester City, they are committed to inspiring the next generation of female footballers, providing them with opportunities to play the game and showing them there is a pathway to the elite level, said Makel.