Saadat Hasan Manto was a man beyond his time and never failed to be fearless and truest with the reality of society and portraying women. 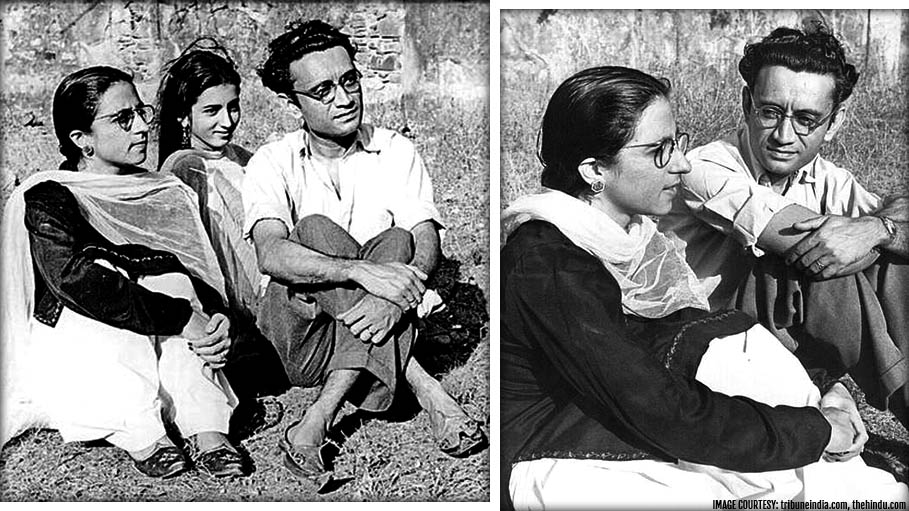 Manto is known for being famous and infamous at the same time. His writings were termed as difficult compositions. Being one of the strongest writers of the 20th century, Saadat Hasan Manto has never shied away anywhere from saying that the society is gender-biased. His writings acquired allegations of being vulgar. A large section of people protested saying that his writings degraded women by describing their physical features. Truly, he was a “brave” writer who never feared to express the desires of a woman and portraying her in a different way. The gender-biased society was only restricted to the portrayal of women as fragile and motherly and Manto brought in women who were more realistic.

The true and real portrayal gave him major degrading titles but he remained indomitable saying that he is not the one who is making the society naked, he is not just putting an effort to cover that naked society. He was the one who used the word ”breasts” and for doing that he was prosecuted in Lahore on the accusation of “obscenity”. Reportedly, he was fined Rs 300/- as fine to stay away from jail custody.

The movie of Nandita Das

Now coming to the recent release of Nandita Das’s Manto. No doubt the storyteller has put her marvel forward to share the best piece of storytelling. The movie revolved around the life story of Manto picking up extracts from some of his stories which has a strong impact on Manto’s life. Through the storytelling the portrayal of certain stories, you will get an insight of the psyche of the man who held up the mirror to the society. And the experts say that it is definitely not easy to portray the life of a man who was constantly challenging the norms of the society.

Manto’s portrayal of women in his writings

Saadat Hasan Manto has been popular for his scathing social commentary. His form of storytelling has been unique with a special focus on the marginalized section. Let’s dig into some of his iconic characters that will give you an insight of his feminism.

Kalwant Kaur of 'Thanda Gosht' is one of his iconic creations where he began with the description of the body of the lady filled with extreme passion. He was very much particular in portraying the character through his description as he had to establish her following actions. Ishant, the other character is described as the turban Sikh with a Kripan in his hand who seemed strong but went weak over the look of Kalwant- showing that a weapon felt weak in front of a woman with glaze. The next moment Manto showed the caring Kalwant. The strong woman is never seen falling for the sweet words and remained determined to know about Kalwant’s whereabouts. The woman who was getting infected by love soon came to her fiery senses to find out that there was another woman between their love. She did not take a moment to shower her rage on the man she was madly in love with a moment ago. It was not a mere attack scene but a moment that showed a woman’s rage can surpass her love at the knowledge of a wrongdoing. The cruelty in her attack was similar to the energy of passion while she was making love with Ishant.

The character of Saugandhi- the sex worker shows that Manto left his moral judgments and came forward to describe a woman irrespective of her professional choices. There is a scene which is very heartwarming in the story 'Hatak' where Saugandhi is seen combing her hair and looking in the mirror telling herself that the society did not treat her fairly. She is portrayed as this lovely character who is just like any other woman dreaming of a home and family. The false perception of a husband in Madhav is fine with her as long as she is happy.

Her emotions of anger come out when someone rejects her saying she's not beautiful enough. She is seen admiring her beauty and is nowhere seen self-pitying herself. She one day chose to reject her false husband taking control of the situation. Madhav who thought he was doing some favor over Saugandhi was proved wrong at the end. After Madhav left, she was left alone. But the last image when she took the dog and slept was more like, she was a master of her own destiny who seemed no more under anyone’s dependence.

Manto’s excerpt in Bombay Stories describes a woman like, “Her pores were like those of an orange, its skin filled with juice, which, if you applied the slightest pressure, would squirt up into your eyes. She was that fresh.” While this reference is being given of Manto’s writings, the reference of 'Khol Do' cannot be ignored. Sakina who was lost in the partition time was being searched frantically by her father. Sakina’s father requested some young boys to find out his daughter. The subsequent scenes show that Sakina was found by the group of men, and was assured of help and then asked to board the truck. The scene ended here and we get to know later in the story that Sakina was raped by the group of men. There was no mention of rape or any description of the torture. In the end, Sakina was lying in the hospital bed and her father discovered her. As the doctor asked someone to open the window saying “Khol Do”, Sakina started removing her pajamas. The intense scene, on one hand, showed the joy of the father getting back her lost child alive and also hinted at the fact that Sakina was raped by those young boys who found her. Here is the brilliance of Manto, where he did not play with the emotions of a victim by mentioning or describing the gruesome action.

With all due respect to Nandita Das’s film, I would highly recommend all to read more of Saadat Hasan Manto and know the man and his foresightedness insight on women and the society.