Mary Kom is full of surprises and is always a source of inspiration. She once again taught us not to quit without trying. 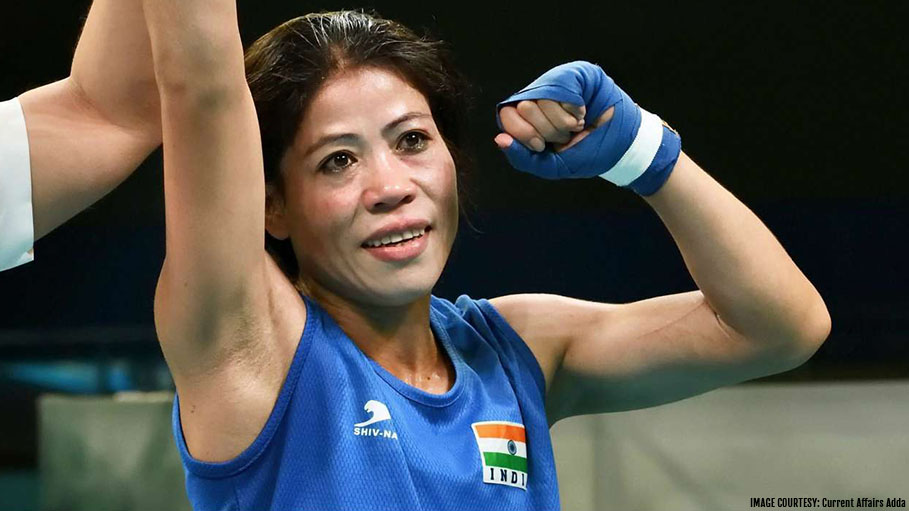 No, it isn’t a weight loss commercial that vows that you too can do the same. It is our kudos to the iron lady who once again proved that she is unstoppable. Mary Kom took this challenge while she was in Poland. She just stepped in Poland and was in her jet lag condition. She just completed her Silesian Open Boxing where she bagged the third gold of her year.

On asking why she took such a weight loss challenge, she informed that she stepped in Poland around 3-3:30 in the morning. The time of general weigh-in was to start at somewhere around 7.30 in the morning. The ideal weight for the weigh-in was 48 kgs. She informed that she was a couple of kilograms more than that. She was determined to compete in a particular category and for that, she needed the desired weight. She knew she roughly had 4 hours to shed those extra kilos. If she was unable to do that she would have been disqualified. The five-time world champion and Olympic bronze medallist was not ready to accept defeat without competing. She started doing skipping for an hour and after an hour she was all set with the desired weight.

The 35-year-old boxer said that this was possible because she could outstretch her legs while she was in her flight. She informed that the flight she came in was nearly empty. So, all the time she could sleep with her legs stretched. If that was not the case, her legs would have been stiff and she told that wouldn’t have made it to the competition.

In the tournament in Poland, Mary Kom was the only senior gold winner for India. On one of the press meets she said that she still has a long way to go and work on the lack of depth in Indian women’s boxing.

A mother of three beautiful kids, Mary says that her focus is not on the things that she has done right since the two decades. She said, “I am never satisfied with the performance I give. Rather I am always looking to work out new strategies to defeat my component. I am obsessive but not overly aggressive. I like to conserve in a bout. I always like to study the opponents I am fighting and then dismantle them bit by bit.” She also mentions that she does not want her obsession to consume her. On that note, she informed that she has been lucky to have her best friend as her husband. As per her statements, Onler, Mary’s husband is her “rock”. With his support, she has been able to stay obsessive about boxing. She said that her husband has always made a point to keep her on the borderline of a healthy obsession. He has managed to keep her healthy while encouraging her passion.

On asking how she loves to spend her off time, she smiled and said that she loves chilling in her home at Delhi. She is also serving as a Rajya Sabha MP. She said that sometimes she simply wants to sit back and relax. For her taking a back seat is really important to enjoy the little joys of life apart from boxing.

She says that she loves the time when she sees that three of her children is hopping around the house giving a tough time to their teacher. She loves spending such cute moments with her family just like any mother. She loves sharing jokes with her husband. She also keeps the health checkups for the free time. She mentions that a lot of ache and pain are ignored when she is in the mode of playing the sport. Her focus remains on the next medal at that moment so in her free time she makes a point to check those ignored pains.

Her husband who has undertaken the administration responsibility of a boxing academy in Manipur said in one of his statements, “She is hyperactive, always looking for something to do. She cannot sit idle for a moment. Even after returning from a long journey she likes to remain active. Something is dusty, it needs to be cleaned right away, she does it herself, or else she would find something in the kitchen. She tends to her happiness in all the little things and that’s how she likes to unwind.”

In a few months, she would be 36 but she is not at all concerned about her age. She promised all of us that she is not going to slow down in or move out of the ring. She informed that the big showdown in November isn't her last. She isn’t going anywhere till the 2020 Olympics and her body remains fit. She says that she is aware of her restrictions and at the same time she is confident about her qualities. The decision might change only if she is unfit in the meantime.

She said that not winning a gold, is a disappointment for her now. She also said that the next big showdown is in two months in Delhi and that will be another test. At the moment she can just say that she will put forth a valiant effort, but she never ensured medals before or now. She added in a physical game, it's silly to put forth big commitments in light of the fact that really you never know what happens in the next move.

She admitted that there is no second thought that she felt miserable when there were no medals in the Asian Games. Aggressiveness is required but that’s not all. Being aggressive from the first round is not desirable as per her tips. Rather one should keep the focus more on using their minds before they make a move. The conserved energy and aggression must be used at the right moment and not immediately after the game has begun.