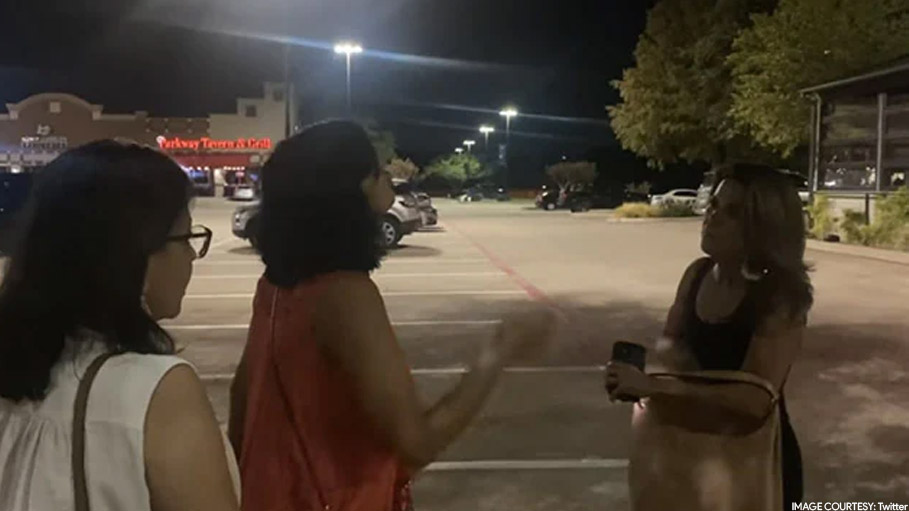 The incident took place on Wednesday night in a parking lot. Apparently the four Indian women had just finished dinner and were near the parking area. The abusive woman went to the extreme extent of physically assaulting the Indian women.

In the video the Mexican lady said, "I hate you Indian. All these Indians come to America because they want a better life.”

“You Indians are everywhere”

“Go back to India. You people are ruining this country” CBS reported her saying.

It is however not clear what caused the argument to begin in the first place.

The police in Plano city arrested the woman on Thursday afternoon and charged her for assault and terrorist threats.

The four Indian women weren’t the only witnesses to this hate crime. There were other onlookers who were recording this video. The videos were then uploaded to Facebook.

Esmeralda Upton is currently in jail and could face further charges as this case  is currently under investigation by the Plano Police Department's Crime Against Persons Unit as a hate crime.

SEE ALSO:
This letter From A Mexican American Fan Depicts Why ‘Coco’ Touched Hearts Of Mexicans