Results from the primary analysis of the ongoing phase 3 clinical trial of US biotechnology company Moderna's COVID-19 vaccine have revealed 94.1 per cent efficacy. 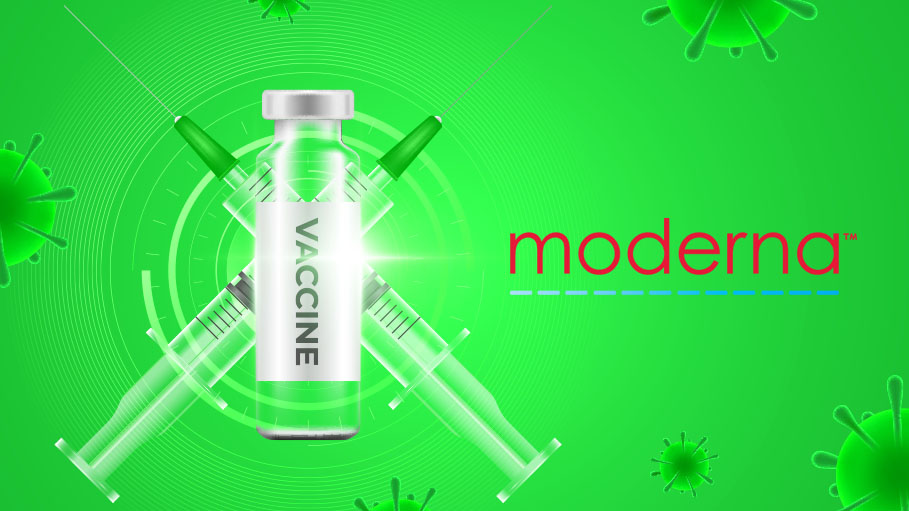 New Delhi: Results from the primary analysis of the ongoing phase 3 clinical trial of US biotechnology company Moderna's COVID-19 vaccine have revealed 94.1 per cent efficacy of the therapeutic in preventing symptomatic infections and severe illness, according to a peer-reviewed study.

The study, published on Wednesday in The New England Journal of Medicine, found that among over 30,000 participants randomised to receive the vaccine or a placebo, 11 in the vaccine group developed symptomatic COVID-19 compared to 185 participants who received the placebo.

The researchers said this demonstrates 94.1 per cent efficacy in preventing symptomatic COVID-19, adding that cases of severe disease occurred only in participants who received the placebo.

"Our work continues. Over the next months, we'll have increasing amounts of data to better define how this vaccine works, but the results so far show a 94.1 per cent efficacy. These numbers are compelling," said Lindsey Baden, an infectious diseases specialist at the Brigham and Women's Hospital in the US where the trial took place.

"And, importantly, the data suggest protection from severe illness, indicating that the vaccine could have an impact on preventing hospitalisations and deaths, at least in the first several months post-vaccination," said Ms Baden, co-principal investigator for the study, and lead author of the paper.

Eligible participants were 18 years old or more with no known history of SARS-CoV-2 infection, and whose locations or circumstances put them at appreciable risk of the infection and high risk of severe COVID-19, the researchers said.

They noted that the race and ethnicity proportion of the trial was 79 per cent white, 10 per cent Black or African American, and 20 per cent Hispanic or Latino participants.

The participants received their first injection between July 27 and October 23, followed by a second shot 28 days later.

Each jab, given intramuscularly, had a volume of 0.5 millilitres (mL), containing 100 micrograms ( g) of mRNA-1273 vaccine or saline placebo.

In the placebo group, 185 participants developed symptomatic COVID-19 illness whereas in the vaccine group, only 11 participants did.

In secondary analyses, the vaccine's efficacy was similar across groups of key interest, including those who already had antibodies against SARS-CoV-2 at the time of enrolment, and among those who were 65 years of age or older, the researchers said.

Thirty participants had severe COVID-19 - all in the placebo group, they said. They were closely monitored for adverse events in the weeks following their injection.

The researchers said overall, reactions to the vaccine were mild - about half of recipients experienced fatigue, muscle aches, joint pain and headaches, more so after the second dose.

Baden said while these results are encouraging, they are limited by the short duration of follow-up so far.

"Longer term data from the ongoing study may allow us to more carefully evaluate the vaccine's efficacy among different groups, determine the impact on asymptomatic infection, understand when immunity wanes, and determine whether vaccines affect infectiousness," she added.