The crucial session of the Pakistan National Assembly will begin on Friday in which the no-confidence motion against Imran Khan will be moved. 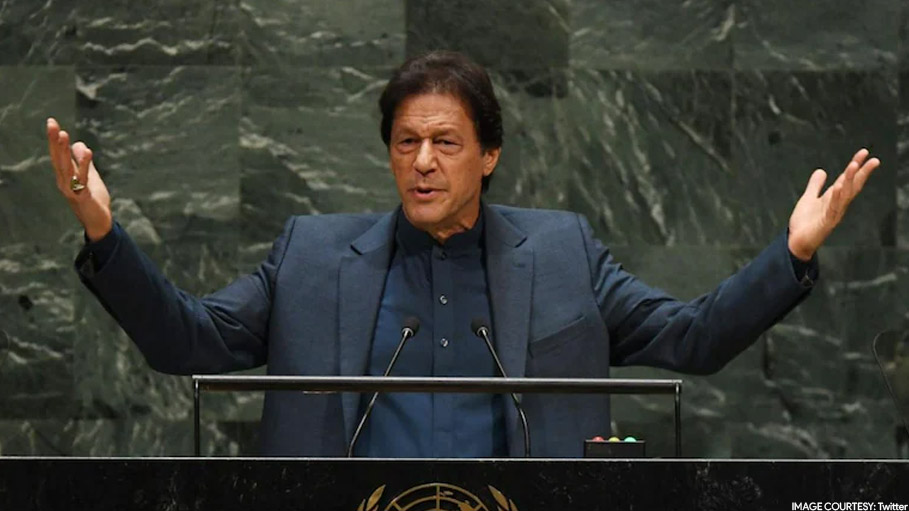 Islamabad: The crucial session of the Pakistan National Assembly will begin on Friday in which the no-confidence motion against Imran Khan will be moved.

According to the National Assembly Secretariat, the house will meet at 11 am, with Speaker Asad Qaiser in the chair, reported the Express Tribune.

A 15-point agenda of Friday's session issued by the Secretariat on Thursday night also includes the no-confidence motion.

In the 342-member National Assembly, the Imran Khan government requires at least 172 members to sail through the no-confidence vote.

However, several dissident MNAs of the ruling Pakistan Tehreek-e-Insaf (PTI) came out in open and the government allies are reported to have sided with the Opposition, thus, it is yet to be seen if Imran Khan succeeds in defeating the no-trust motion.

Further, in reference to the defection of Parliament members, the Chief Justice of Pakistan (CJP) on Thursday said that not counting votes that members will cast during no-trust proceedings against Imran Khan would be "contemptuous".

SEE ALSO:
Pakistan: Ahead of No-Trust Motion, Imran Khan Given 24 Hours to Quit