North Korea Preparing for "Long-Term Confrontation" with US

North Korea hinted Thursday it could resume its nuclear and long-range ballistic missile tests, as top officials led by Kim Jong Un said the country was preparing for a "long-term confrontation" with the United States, state-run media reported. 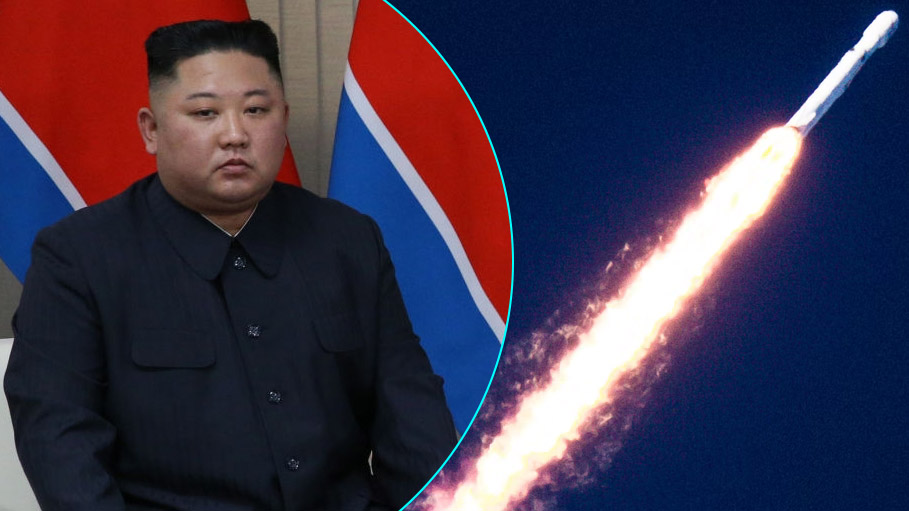 Seoul: North Korea hinted Thursday it could resume its nuclear and long-range ballistic missile tests, as top officials led by Kim Jong Un said the country was preparing for a "long-term confrontation" with the United States, state-run media reported.

Despite biting international sanctions, Pyongyang has conducted a string of weapons tests this year, including of hypersonic missiles, as leader Kim pursues his avowed goal of further strengthening the military.

Reeling economically from a self-imposed coronavirus blockade, the impoverished nation has not responded to Washington's offers of talks, while doubling down on weapons tests and vowing a "stronger and certain" response to any attempts to rein it in.

A meeting of the party Central Committee's politburo "gave an instruction to a sector concerned... to promptly examine the issue of restarting" all activities that had been temporarily suspended, state media KCNA reported, in a likely reference to Pyongyang's nuclear and ICBM (inter-continental ballistic missile) programs.

"The hostile policy and military threat by the US have reached a danger line that can not be overlooked any more," the agency said.

Kim presided over the politburo meeting where officials were presented a report analysing conditions on the Korean peninsula -- and addressing "the orientation for countermeasures against the US for the future."

The potential resumption of nuclear and long-range ballistic missile tests come at a delicate time in the region, with Kim's sole major ally China set to host the Winter Olympics next month and South Korea gearing up for a presidential election in March.

The North Korean leader declared a self-imposed moratorium on nuclear and ICBM tests in 2018, but threatened to lift it after talks with then-president Donald Trump collapsed in 2019.

Kim reavowed his commitment to military modernisation at a key party speech last month, while not mentioning the United States.

North Korea has also ramped up its anti-Washington rhetoric.

"The US viciously slurred our state and committed the foolish act of taking over 20 independent sanctions measures," according to KCNA.

The agency said the politburo unanimously agreed that North Korea should "make more thorough preparation for a long-term confrontation with the U.S. imperialists," as well as "increase our physical strength for defending" the rights and interests of the nation.

Earlier this week the United States called on the country to "cease its unlawful and destabilizing activities".

The US special representative on North Korea, Sung Kim, "expressed concern" about the earlier missile launches and urged Pyongyang to return to dialogue "without preconditions", the State Department said.

Even as it flexes its military muscles, the impoverished nation has quietly restarted cross-border trade with China.

A freight train from North Korea arrived at the Chinese border city of Dandong for the first time since early 2020 last weekend.