Playing Video Game is a Health Disorder, WHO to Reveal Soon

The World Health Organisation (WHO) is preparing to classify persistent video gaming for the first time as an addictive health disorder. 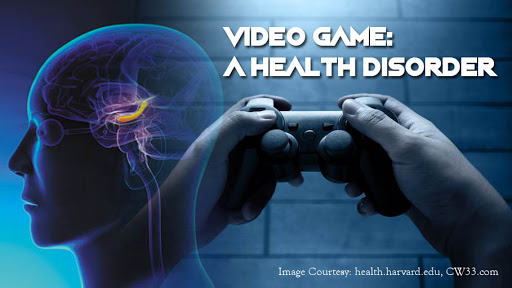 Next time when you see your children playing video game, alert him or her to stop as it is going to be a mental disorder in the days to come. The World Health Organisation (WHO) is preparing to classify persistent video gaming for the first time as an addictive health disorder.

A beta draft version of the WHO's forthcoming 2018 diagnostic manual, the International Classification of Diseases (ICD), lists persistent or recurrent gaming behavior online or offline among disorders due to addictive behaviors, outlining criteria for diagnosis.

The entry says gaming disorder may manifest as impaired control over gaming frequency, intensity and duration, increasing priority given to gaming over other life interests and daily activities, and continuation or escalation of gaming despite negative consequences.

So, ‘Gaming Disorder’ is very soon is going to be classified as a mental health condition by the World’s largest Health organisation, WHO. The international body is set to add it to its list of illnesses from 2018. The eleventh edition of the International Classification of Diseases, a manual published by WHO will be released sometime in 2018, and among the included health conditions is gaming disorder. This will be the first time since the list was updated 27 years ago in 1990.

After monitoring computer gaming and video gaming for almost a decade, the WHO has decided to classify excessive playing as a mental health condition.

According to a draft release by the WHO, the criteria for this addiction include making gaming a priority “to the extent that gaming takes precedence over other life interests.” Several gamers sit long hours in front of their consoles, forgoing sleep and causing a reduction in physical activity and exposure to sunlight.

Talking about the draft and the decision to put gaming disorder on the list, during a media briefing, Vladimir Poznyak, a member of the WHO’s Department of Mental Health and Substance Abuse, said, “Health professionals need to recognize that gaming disorder may have serious health consequences. Most people who play video games don’t have a disorder, just like most people who drink alcohol don’t have a disorder either. However, in certain circumstances overuse can lead to adverse effects.”

The WHO said gaming disorder is wider than just video gaming disorder. Estimates of the proportion of computer game players who have a problem range from 0.2 per cent to one in five. The draft wording of the gaming disorder entry also states that sufferers will continue to game even when it leads to ‘negative consequences’.

While some may debate whether gaming does pose a threat to mental health, the amount of time many people spend playing video games is surprising.

A survey found out that 10 percent of the people playing video games admitted to spending between 12 and 24 hours glued to their video game screens. Action games like Call of Duty and Grand Theft Auto have been found to deplete a key memory centre in the brain called the hippocampus.

What Is A Gaming Disorder?

Exactly how WHO describes gaming disorder remains to be revealed. The draft provides criteria needed in order to determine whether someone has a gaming disorder.

Vladimir Poznyak, also noted how important it is to recognize the disorder as a legitimate issue, saying that health professionals should take the potential effects and impact of gaming disorder seriously.

Gaming Disorder: What Are The Signs?

According to the current draft by WHO, a person is considered to have a gaming disorder if they make gaming a priority to the extent that the activity takes precedence over other life interests and if they continue to engage in this activity despite obvious risks to one's mental health, primarily sleep and sustenance deprivation.

Poznyak said WHO has been contemplating whether to legitimize gaming disorder for the best part of the decade. Now, after consultations with mental health experts, it seems WHO has determined that it is in fact a disorder. However, gaming is the only one added to the roster, with other forms of addiction evidently missing. When asked why, Poznyak said:

"There is simply a lack of evidence that these are real disorders."

Some will definitely debate whether gaming could be real hazard to one's mental health, but there's certainly something to be said for people who spend a staggering amount of time playing video games, most especially those who engage in “speedruns”, which is an activity where people try to finish or complete a game as fast as possible to beat previous records.

The American Psychiatric Association had in its diagnostic manual of mental disorders in 2013 identified "Internet gaming disorder" as a condition warranting more clinical research and experience before it might be considered for inclusion as a formal disorder.

Gamers compulsively play to the exclusion of other interests and their persistent gaming appears to endanger their academic or job functioning, the APA had said.

Some studies suggest that the same brain circuits involved in drug addiction may also be activated when individuals are engrossed in Internet gaming.

So, the time is up for the serious use of gadgets which we have and to take gaming more seriously not sportily to avoid mental disorder in the days to come.

SEE ALSO:
This Video Shows That Caste Plays a Huge Role When It Comes to Marriage in Modern India