Pope Francis recently gave a talk condemning fake news and emphasizing on dignity of journalism. He even released a message on Catholic feast day of journalists called "The truth will set you free: Fake news and journalism for peace" 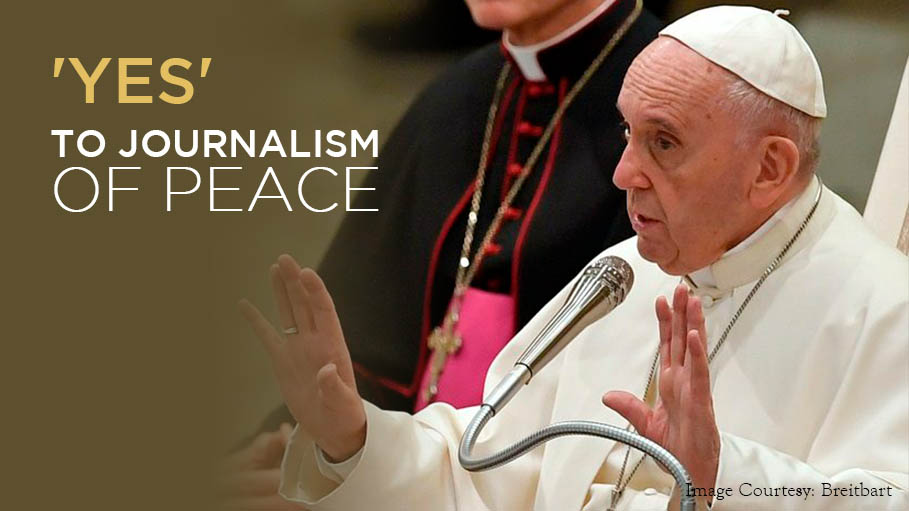 Pope Francis recently gave a talk condemning fake news and emphasizing on dignity of journalism.  He even released a message on Catholic feast day of journalists called "The truth will set you free: Fake news and journalism for peace" that has biblical references. In the message, he defined fake news so that the masses can identify and stay away from it. While defining fake news, he went to the extent of comparing it with the Serpent’s manipulation of Eve in the Garden of Eden.

Instead of using current day examples, he beautifully narrated the serpent’s manipulation of Eve from the Bible to give examples of fake news and how it can have disastrous effects on people. The serpent asked Eve if God had instructed her not to eat from any of the trees in the garden. It was misinforming her.

The truth is that God never told Adam not to eat from any tree instead he told Adam not to eat the fruits from only one specific tree that is the ‘Tree of Knowledge.’ The message was put across in a wrong manner by the serpent which ultimately led to the downfall of Adam, Eve and their descendants.

He said “We need to unmask what could be called the ‘snake-tactics’ used by those who disguise themselves in order to strike at any time and place.”

“We can recognize the truth of statements from their fruits: whether they provoke quarrels, foment division, encourage resignation; or, on the other hand, they promote informed and mature reflection leading to constructive dialogue and fruitful results,” Francis wrote.

The Pope mentioned that Journalists are ‘Protectors of News’ and a weighty responsibility rests on the shoulders of Journalists to propagate the truth. He stated that the speed at which the news is delivered is not important neither is journalism about a mad rush of a scoop. True news is about  protecting communication that would further promote goodness, trust and that which opens lines of communion and peace. True news means being in touch with people’s lives.