Abdul Karim, who is referred, as Queen’s “Munshi” or attendant was her aide and confidant. The cottage was a royal gift to Abdul Karim by Queen Victoria, then Empress of India. 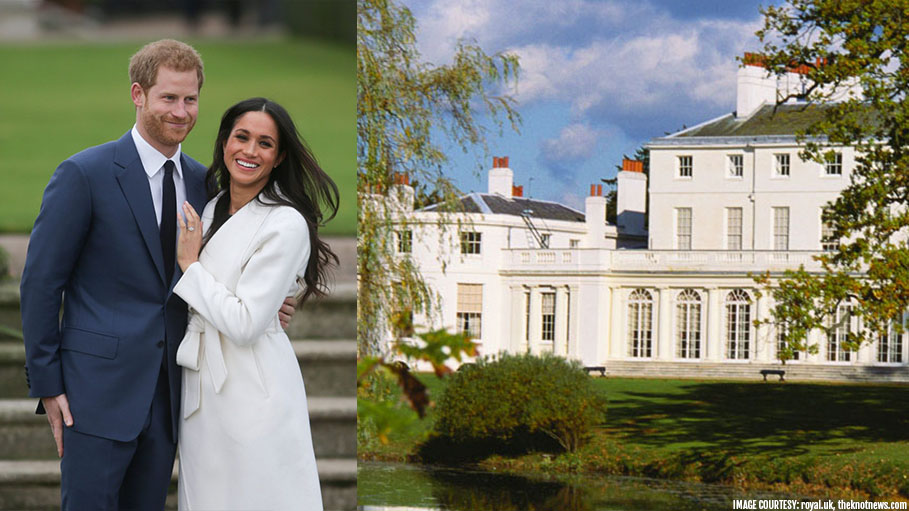 The Frogmore Cottage of the Queen Elizabeth II’s estate in the Windsor town in England is announced as the new home of Prince Harry and Meghan Markle. This cottage has a British Raj era connection with India, as the cottage was a royal gift to an Indian, Abdul Karim by Queen Victoria, then Empress of India in recognition to his service to the Queen.

Abdul Karim, who is referred, as Queen’s “Munshi” or attendant was her aide and confidant. He first came to England from Agra at the age of 24 years to present Queen Victoria with a special mohar or gold coin to mark her Golden Jubilee in the year 1887. By his honesty, sincerity and dedication, Karim grew close to the monarch, who later bestowed him with many gifts including the Frogmore Cottage.

Shrabani Basu, the author of “Victoria and Abdul: The Extraordinary True Story of the Queen's Closest Confidant” speaking to PTI said, “Queen Victoria gave it to Abdul Karim as a special gift. She would often visit the cottage and have tea with his wife and him. He had decorated the house with many exotic things, including presents given to him by European royalty”.

She also said, that “There is also a sad angle to the story. Hours after Queen Victoria’s funeral, the new king, Edward VII, ordered that all the letters written by his mother to Karim be seized from his house. They were burnt in a bonfire outside Frogmore Cottage and Abdul was ordered to return home”.

In the month of November, Kensington Palace has confirmed that the newly-wed Duke and Duchess of Sussex, who are also expecting their first child in the spring of 2019 are moving out of their west London home at Nottingham Cottage in Kensington Palace and going to make the 10 bedroom Frogmore Cottage their family home.

A spokesperson of the couple also said in a statement, “Windsor is a very special place for Their Royal Highnesses and they are grateful that their official residence will be on the estate. The Duke and Duchess office will continue to be based at Kensington Palace”

The Frogmore Cottage is now undergoing renovation involving multi-million pounds for the new family. The heritage cottage is set within the secluded and peaceful Frogmore House estate near the Windsor Castle, which is surrounded by 35 acres lush green Berkshire countryside. The estate also has a man-made lake popularly known as Frogmore Lake and the estate also homes the Royal Burial Ground, including the tomb of Queen Victoria and Prince Albert.