On Saturday, when the Union Minister Smriti Irani had called up the Uttar Pradesh's lekhpal on a complaint, the clerk could not recognise her. 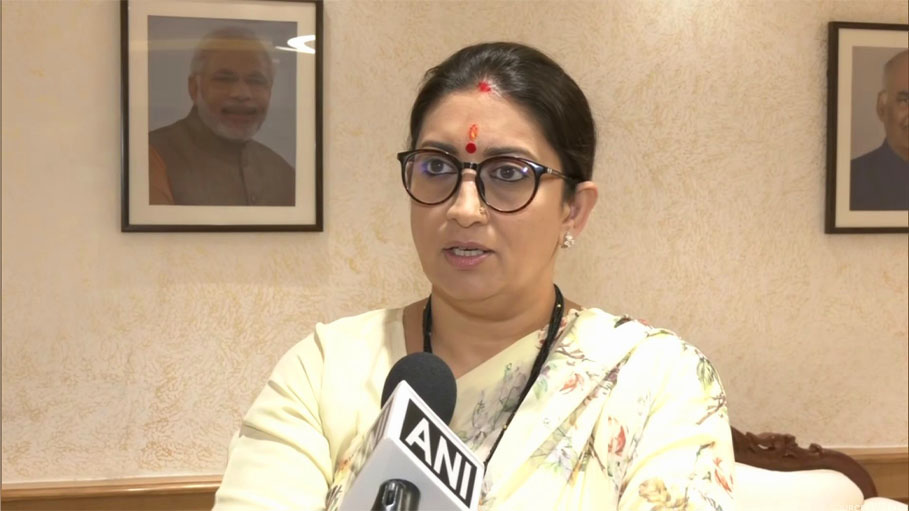 Amethi, UP: A lekhpal (government clerk) is being probed under the charge of not discharging his duties after he failed to recognise Amethi MP and Union minister Smriti Irani's voice over the phone, officials said on Monday.

A resident of Poore Pahalwan village under Musafirkhana tehsil had on August 27 given a complaint letter to Ms Irani, saying that after the death of his father, a teacher, his mother Savitri Devi is entitled to pension. But her pension was stuck because the verification had not been completed by Deepak, the clerk, Mr Karunesh (27) alleged.

Ms Irani, Union Minister for Women and Child Development, then called the clerk, but he could not recognise her.

Chief Development Officer (CDO) of Amethi Ankur Lathar on Monday told PTI that as per the letter of Mr Karunesh, it is a case of laxity on the part of Musafirkhana lekhpal Deepak, and he has not discharged his duties.

Mr Lathar said that sub-divisional magistrate Musafirkhana has been asked to probe the matter, following which action will be taken.

On Saturday, when the Union minister called up the lekhpal on the complaint of Mr Karunesh, he could not recognise her. After this, the CDO took the phone from the minister, and told the lekhpal to meet him at the office. The lekhpal is posted at Gautampur gram sabha under Musafirkhana tehsil.

SEE ALSO:
'Not Confirmed Yet’: UP Government on Reports of Teacher Earning Rs 1 Crore