US President Joe Biden warned Wednesday that Russia would pay a stiff price for invading Ukraine, including a heavy human toll and deep harm to its economy. 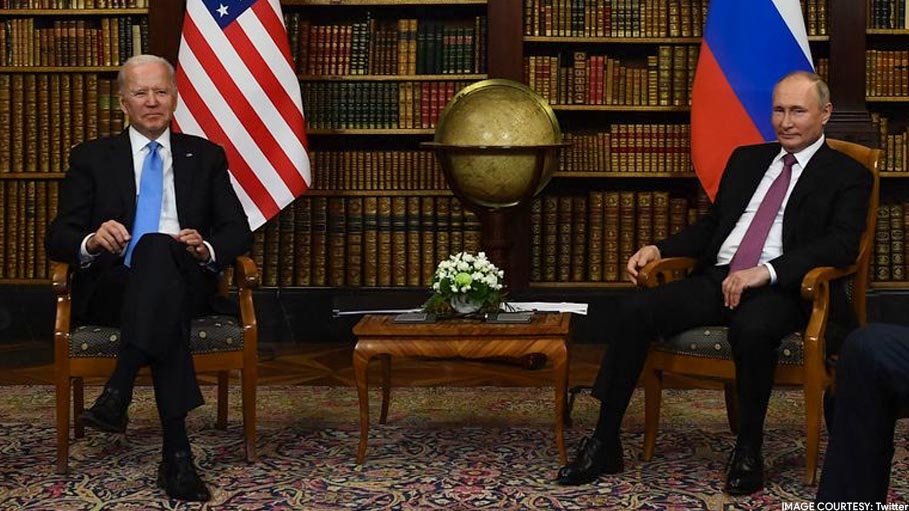 Washington: US President Joe Biden warned Wednesday that Russia would pay a stiff price for invading Ukraine, including a heavy human toll and deep harm to its economy.

"If they actually do what they're capable of doing with the force they've massed on the border, it is going to be a disaster for Russia," Biden said in a press conference.

"Our allies and partners are ready to impose severe costs and significant harm on Russia and the Russian economy," he said.

The US leader said that the Russian force would likely be able to prevail over time against the weaker Ukrainian military.

However, he said, "The cost of going into Ukraine in terms of physical loss of life, for the Russians ... it's going to be heavy."

Of Vladimir Putin, Biden said he believes the Russian president "still does not want any full-blown war."

He said Russia does not have good choices, and that going to war would result in "severe economic consequences," from a cutoff of energy revenues to painful sanctions.

Sanctions will make it impossible for Russian banks to deal in US dollars, the world's key trade currency, he said.

"So this is not all just a cakewalk for Russia," he said.

But Putin does want to test the resolve of United States and its NATO allies in Europe, Biden said, and wants to weaken the Atlantic alliance.

The US leader said he was spending much time trying to keep NATO allies "on the same page" in confronting Russia.

"Putin has, I know, a stark choice, either escalation or diplomacy," he said.

"I think he will pay a serious and dear price for it if he doesn't think now."