Cricketer Rishabh Pant has sustained injuries after his car collided with the divider and caught fire while he was traveling from Delhi to Uttarakhand. Initial reports suggest that Pant was driving his Mercedes car, which met with an accident near Roorkee in Uttarakhand. 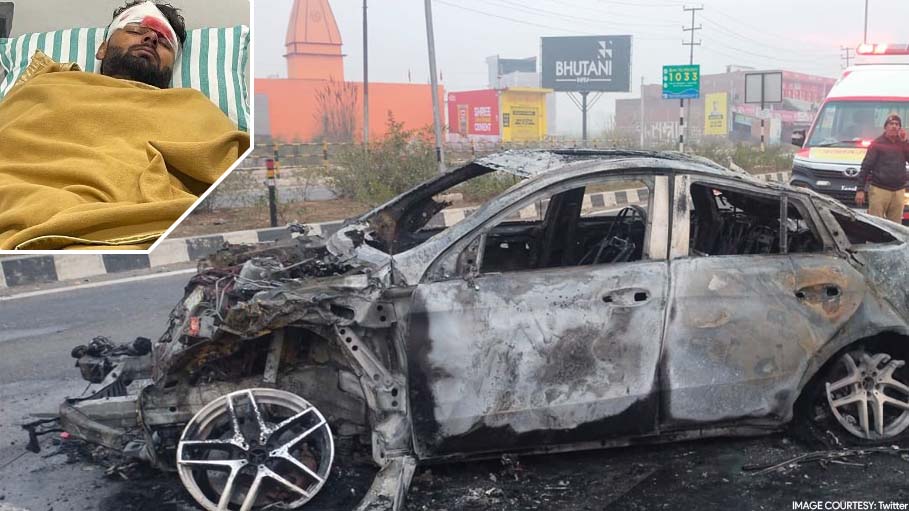 Indian cricketer Rishabh Pant sustained injuries after his car collided with the divider and caught fire while he was traveling from Delhi to Uttarakhand. Pant was driving his Mercedes car, which met with an accident near Roorkee in Uttarakhand. Director General of Uttarakhand Police, Ashok Kumar, has confirmed that the cricketer was alone in the car at the time of the accident and broke the windscreen to escape from the vehicle after it caught fire.

He has sustained injuries to his head, knee and shin as a result of the accident. There could be a fracture in his leg and he is currently being moved to the Max Hospital in Dehradun.

"Indian cricketer Rishabh Pant's car met with an accident at around 5:30 am. The incident took place at Mohammadpur Jat near Roorkee. According to what Pant said, he dozed off while driving and as a result the car collided with the divider and caught fire. He was moved to the Roorkee hospital from where he has now been shifted to Dehradun," DGP Ashok Kumar told the media.

Earlier this week, the BCCI had asked Pant to report to the National Cricket Academy in Bengaluru for a strength and conditioning programme.

His place in India's white-ball cricket team has been uncertain. On December 27, Pant was dropped from India's T20 squad ahead of the series against Sri Lanka. He was a part of the Indian team that won the Test series against Bangladesh 2-0 recently.