On October 27, 1962, the world came close to nuclear war when a Soviet submarine captain wanted to launch a nuclear weapon after the U.S. navy dropped depth charges around the submarine. 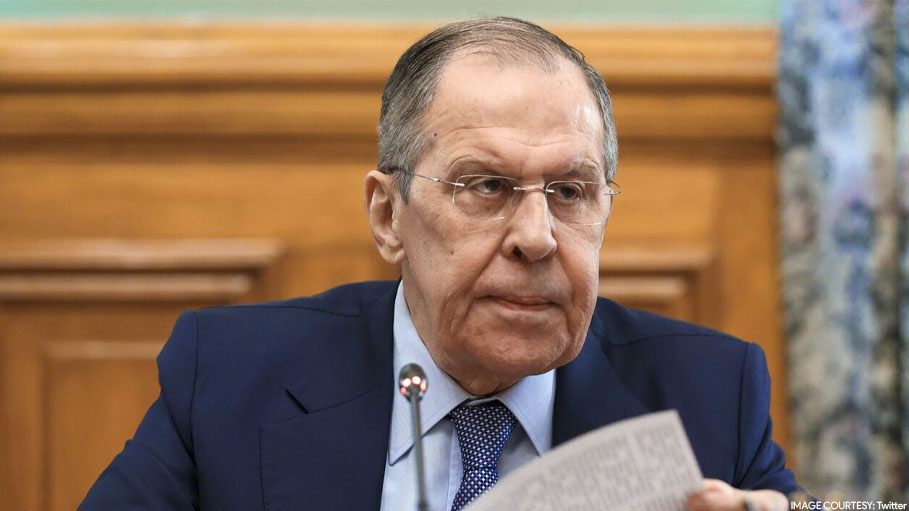 London: President Vladimir Putin's foreign minister on Sunday needled Joe Biden over Ukraine, saying that he hoped the U.S. President had the wisdom to deal with a global confrontation similar to the 1962 Cuban Missile Crisis.

Russia's invasion of Ukraine has triggered the biggest confrontation between Moscow and the West since the Cuban crisis when the Soviet Union and United States are to considered to have come closest to nuclear war.

U.S. President John F. Kennedy discovered that Soviet leader Nikita Khrushchev had deployed nuclear missiles on Cuba after the failed Bay of Pigs invasion - a U.S.-backed attempt by Cuban exiles to overthrow communist rule that was thwarted by Cuba - and the U.S. deployment of missiles in Italy and Turkey.

In an interview for a Russian state television documentary on the missile crisis, Foreign Minister Sergei Lavrov said there were "similarities" to 1962, largely because Russia was now threatened by Western weapons in Ukraine.

"I hope that in today's situation, President Joe Biden will have more opportunities to understand who gives orders and how," Lavrov said with a faint smile. "This situation is very disturbing."

"The difference is that in the distant 1962, Khrushchev and Kennedy found the strength to show responsibility and wisdom, and now we do not see such readiness on the part of Washington and its satellites," Lavrov said.

White House officials did not immediately respond to a request for comment outside office hours.

On October 27, 1962, the world came close to nuclear war when a Soviet submarine captain wanted to launch a nuclear weapon after the U.S. navy dropped depth charges around the submarine.

Later that day, Kennedy secretly agreed to remove all missiles in Turkey in exchange for Khrushchev removing all missiles in Cuba. The crisis was diffused, though it became a symbol of the perils of superpower rivalry in the Cold War.

President Vladimir Putin cites the West's dismissal of Russian concerns about the security of post-Soviet Europe, and in particular the enlargement of the NATO military alliance eastwards, as one of the causes of the conflict.

The United States and its European allies say Russian concerns are overblown and cannot justify the invasion of a former Soviet neighbour whose borders Moscow recognised after the 1991 collapse of the Soviet Union.

Ukraine says it will fight until it has ejected every last Russian from its territory, casting Russia's big power diplomacy as a sham used to distract from an imperial-style land grab that Kyiv says is doomed.

Asked what Russia should do now in the current crisis, Lavrov said: "The readiness of Russia, including President Vladimir Putin, for negotiations remains unchanged."

SEE ALSO:
"Crocodile Has Your Leg in Its Jaws": Boris Johnson on Talks with Vladimir Putin