Ukrainian President Volodymyr Zelensky on Monday accused the Russian army of scuppering the evacuation of civilians through humanitarian corridors agreed after talks with Moscow. 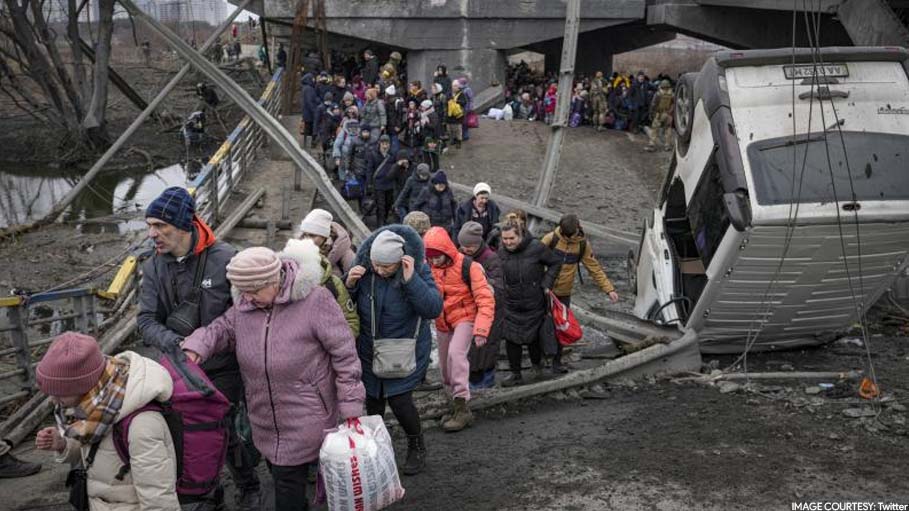 Kyiv: Ukrainian President Volodymyr Zelensky on Monday accused the Russian army of scuppering the evacuation of civilians through humanitarian corridors agreed after talks with Moscow.

"There was an agreement on humanitarian corridors. Did that work? Russian tanks worked in its place, Russian Grads (multiple rocket launchers), Russian mines," Zelensky said in a video posted on Telegram.

The Ukrainian leader said Russian forces mined the road chosen to bring food and medicine to the besieged city of Mariupol in southern Ukraine.

Accusing Moscow of "cynicism", Zelensky also said Russian troops destroyed buses that were due to evacuate civilians from the combat zones.

"They ensure that a small corridor to the occupied territory is open for a few dozen people. Not so much towards Russia as towards the propagandists, directly towards the television cameras," he said.

But Zelensky added that Kyiv would continue to negotiate with Russia to reach a peace deal.

Russia on Monday morning had announced the creation of corridors to allow civilians to leave several besieged Ukrainian cities, with the humanitarian situation deteriorating as supplies start to run low.

But Ukraine refused to evacuate civilians to Russia as four of Moscow's six proposed corridors led to Russia or its ally Belarus.

Russia on Monday evening announced that local ceasefires in Ukrainian cities including the capital Kyiv, Kharkiv, Mariupol and Sumy would begin from 0700 GMT on Tuesday to facilitate the evacuation of civilians.

Moscow has said the routes are still due to be approved by Ukraine.

Ukraine Announces ‘Shutdown of All Communications' in Russian-Occupied Kherson