The celebrations of Tequila Day is ready and you just need to be in the mood to enjoy a drink and raise a toast with this Mexican drink. 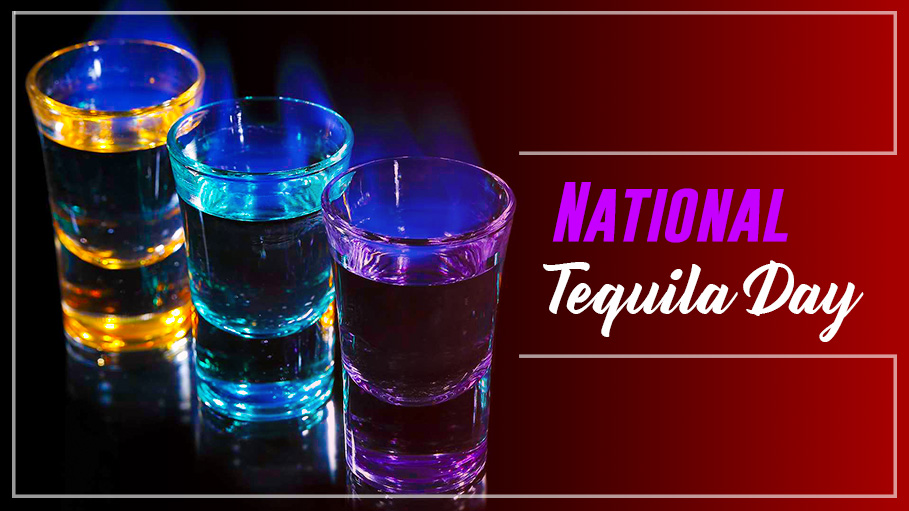 Give it a shot, because it is Tequila Day. Feeling thirsty already? Well! Gulp your thoughts for a moment and check out a few more reasons why you need to celebrate the day to the fullest.

To begin with, let’s raise our first toast for the place where it all began. The place is Tequila. Yes, that’s a place in Guadalajara in Mexico. As per historical records, the Aztecs can be credited as the very first distiller of the drink that we love today. At that point, it was not made for parties to rage up and the type was completely different if compared with today’s modern drink. Earlier it was a fermented drink made out of the sap of the agave plant. This milk look alike liquid was an important part of the Aztec culture and going by the pages of history there were two gods in their culture who were associated with boozing and they worshipped them with this drink. The two gods were Mayahuel, the Maguey goddess, and her husband Patecatl, the god of pulque. But it was not until the Spanish intervention when the Aztec came across the Mezcals.

Though there are various stories involved where the agave distillation began, the agreement of most historians certify the contribution of the Spanish invasion. The Spaniards were known for their love for brandy but soon after the invasion, they fell out of stock. With the necessity as the mother of invention, they improvised a new drink with mud and agave creating what we call today mezcal. This is one of the reasons why technically every tequila is a mezcal. Going by the history, Don Cenobio Sauza found the blue agave which was considered the best for tequila. Later many distilleries grew up in the region.

Misconceptions about the tequila worm

Some people think it’s not cool enough to gaze at the worm inside the bottle before you gulp in a tequila shot. But experts say that this use of worm has nothing to do with the quality of the drink. The real fact is this use of worm is simply a marketing gimmick. Manufacturers use the worm in the bottle to make it attractive for a few sets of customers. In Oaxaca, tequila does not have the permission of the government for these worms. Only a few certain kinds of mezcals can have it. This worm is a type of moth in its larval form and is usually found in the agave plant when it had infections. The brewers say that a plant that had the worm was considered of low quality as it was infected.

How Margarita entered the Hall of Fame

It was after a few years of the National prohibition of alcohol when Margarita found its way to woo the Americans. During the prohibition phase, it was common for the Americans to travel to Mexico to enjoy the agave drink. By 1936, the prohibition was taken off but still, few Americans loved to visit Mexico for the love of the drink. Among those Americans, was James Graham who took his wife to Tijuana where they ended up in a bar run by an Irishmen called Madden and he was known for his famous drink, Tequila Daisy. As per his verdict, it was just an experiment that went gaga over the Americans. This is the modern-day Margarita which is the Spanish name of Daisy.