Shakira teams up once again with handsome singer Maluma for the track called ‘Trap.’ 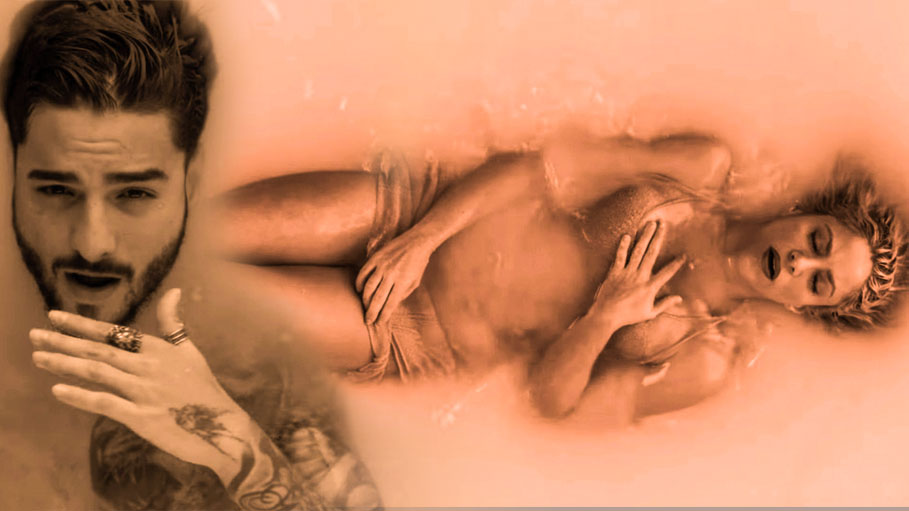 Colombian singer Shakira teams up once again with handsome singer Maluma for the track called ‘Trap.’ Previously the attractive duo came together for the song ‘Chantaje.’ On Friday, Shakira debuted the music video of their upcoming song and the first glimpse of the video looks hot and steamy.

The song is part of Shakira’s latest album ‘El Dorado.’  The song is about Shakira having a broken heart, albeit Maluma is not giving up on his chances of being with her. The debut music video gives us a glimpse of what the final look of the song would be. The video opens with the Colombian singer, 40, in a pool of water and steam. Shakira looks extremely gorgeous in the steamy background.

Later she’s joined by Maluma, 23, who also emerges from the pool of water and steam. The entire video that is directed by Catalan director Jaume De Laiguana is in Black and White. Jaume also directed Shakira’s previous projects.

In the initial scenes the duo seemed to be separate however they unite later for several shots. During an interview with E! Maluma said that the duo worked on the song almost a year ago, while they were working on ‘Chantaje’ song in Barcelona.

He told her that there is a specific genre that is catching up in the streets and the underground world.  After learning about the new genre, Shakira decided to become a part of it along with Maluma.

He said “She loved it and then we did a new song. Wait for it, because I think you're going to like it. It's very sensual, but it has a lot of concepts.'

The large age difference between the duo didn’t stop the versatile couple from looking attractive in the video.

Have a quick look of the sensual video below: