Another law that the country is again talking about. The lifting of the restriction imposed on women on entering Ayyappan temple in Kerala. 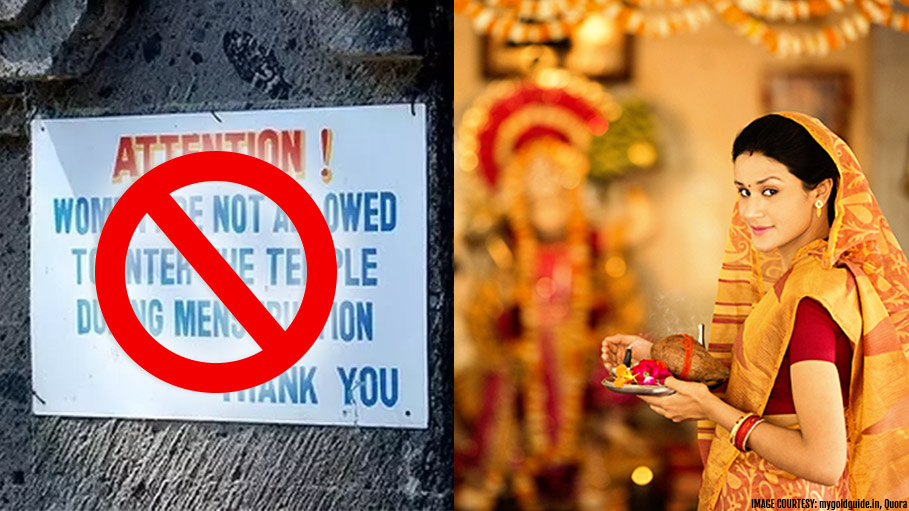 India's Supreme Court on Friday tumbled an eminent Hindu sanctuary's viable restriction on the affirmation of women who are menstruating. This is the most recent decision of the trio pathbreaking decisions this month. All the decisions of Supreme Court have focused on longtime laws in a male-centric society.

The new law gave women the right to enter a Hindu temple that was built around the 12th century. The temple before this law was closed off for the female devotees who were between the ages of 10 to 50, which was basically covering their menstruating years. The Supreme Court has been giving groundbreaking decisions this month about the court’s decriminalization of gay sex and adultery earlier. Just a few days back the Supreme Court gave decisions of decriminalizing adultery followed by a new law related to the right to privacy in relation with Aadhaar card. The trailblazing verdicts have been coming after long legal battles.

Indira Jaising, the lawyer who was representing women’s campaign said that in the last two or three years the court has been liberal and is giving a verdict that is supporting the equality of gender. She was campaigning to lift the restrictions that were based on the entry into the Ayyappan temple in Kerala that is in the southern part of India.

Gautam Bhatia, a practicing lawyer said, “It’s a question of the court filling a vacuum, and that means it is not just adjudicating issues of law but also acting as a moral and ethical barometer.”

Some of the critics said the Chief Justice of India has taken on a number of “legacy cases” in the recent months to assure his role in history books, as soon he is about to retire. As per the sources, the CJI will retire on 2nd October 2018.

On account of that statement, Dipak Misra, the Chief Justice of India said that “Historically, women have been treated with inequality. Society has to undergo a perception shift.” This decision of lifting the ban of the temple on women entering was purely to reassure the position of women in the society.

This Ayyappan shrine is situated over a mountain which is surrounded by dense forest which is also a tiger reserve. This place is very popular among tourists and is visited by 50 million pilgrims every year.

The women of India surprisingly have been prohibited to this temple. Reports find that there is a majority of a section that is abiding by the religious rule saying that is the right thing. For this reason, rather than raising voices, the women who are between puberty and menopause flock in this area. Critics say that it seems that the women are not at all understanding the fact that they are being ill-treated by these social norms.

Nikita Azad, a petitioner who in 2015 had appealed in the Supreme Court said that the court’s judgment will definitely be a message but changing the social attitude of people would take many years.

India is a country that is deep-rooted with culture and social beliefs surpass educational gatherings. Experts say that this is the case of a majority section who are still not labeled as “rebellious feminist”. In India, a major section still believes that menstruation is impure. The taboo remains and the women have been accepting and following this stigma. As per the customs, menstruating women are alienated from the kitchen and given separate places to live in for those few days of the month when they are considered impure. Not only the mentioned temple, but the customs also stop women from entering any temple.

Though the improvement has come in several areas, still a majority is under the stigma. The judicial body has given this law but still, there will be a large section of women who will restrain themselves from entering the temple. Experts say that the customs and beliefs are so deep-rooted that it will take time to evolve in a way when people start questioning this. They are not understanding the fact not allowing them somewhere is a kind of untouchability that is prevailing, which is completely unconstitutional. There will be a section who will rather criticise the law. The same has been seen in the case of decriminalizing adultery. Even a large section of the educated mass has chosen to oppose it saying that will lose the integrity of marriage. The whole fact of “equality” is simply brushed off by moral policing and societal laws.

Will the law change the mindset?

Questions are popping up with this decision of the Supreme Court. The judicial body has surely taken a very big step. But experts believe that this law will actually come in practice after great long years. The ingrained ideas will not be diminished by law but will surely raise an awareness. A country where movies are being made to promote the use of sanitary napkins rather than cloth or unhygienic methods in the year 2018, such laws will be considered too ahead of time. People in India shy away from talking about ‘period’.

Experts say that it is not just about the education and the literacy rate. Education is not the only thing that will overcome this. There are still very much educated people who refer ‘period’ as “problem”. Sanitary napkins are sold wrapped in newspapers and black plastic even so that no one gets to see the product. Families restrict the discussion of menstruation only in front of women members of the family. Every year there are high dropout rates of girls in the years when their periods start. The situation makes period “gross”, “secretive” and “untouchable”.

The religious authorities of the temple might be for these reasons are not baffled as they know that people are going to follow the temple rules even after the law. The law is obviously a stepping stone but the path is too long to cross the hurdles and put the first foot over that stepping stone.