The 60th Annual Grammy Awards Ceremony will be Held on January 28, 2018

The 60th Annual Grammy Awards, the most awaited musical extravaganza will be held on January 28, 2018. The show will be held in the Madison Square, New York city. 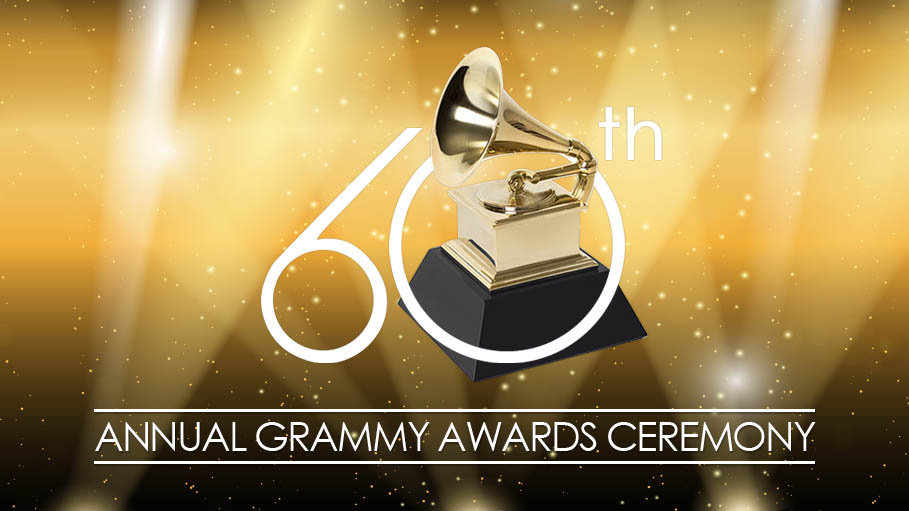 The 60th Annual Grammy Awards, the most awaited musical extravaganza will be held on January 28, 2018. The show will be held in the Madison Square, New York city. The CBS network will telecast the show live. It will be the first time that the ceremony will be held outside Los Angeles since 2003. The nominations were announced on November 28, 2017. The show was moved to January to avoid competing with the 2018 Winter Olympics in Pyeongchang.

The Grammys will bring a galaxy of stars to the stage.Sam Smith and Kendrick Lamar are among the award show's list of performers. On January 10,  more performers were announced. Bruno Mars and Cardi B will enthrall the audience with the remix of "Finesse".

Along with Bruno and Cardi, Luis Fonsi & Daddy Yankee, Kesha, and SZA will also perform on the Grammy stage. In addition, Alessia Cara, Khalid and Logic will come together for a performance.

Mars has earned six nominations including album of the year and best R&B album for 24K Magic as well as record of the year for "24K Magic" and song of the year for "That's What I Like."  He is the third most nominated artist of the night after JAY Z and Kendrick Lamar.Cardi B,  will be making her Grammy debut this year. She has received two nods for "Bodak Yellow (Money Moves)" (best rap performance and best rap song).

Another female who has earned her first-ever Grammy nominations this year,is none other than the ‘tick tock’ singer, Kesha, with two nominations for best pop solo performance ("Praying") and best pop vocal album (Rainbow).

Three-time Grammy nominees Luis Fonsi & Daddy Yankee are up for record of the year, song of the year, and best pop duo/group performance ("Despacito" featuring Justin Bieber).They had a big win at the Latin Grammys back in November 2017.

Eric Church, Maren Moris  and brothers Osborne will take the 2018 Grammy Awards stage for a tribute to victims who were killed at this fall's Route 91 Harvest festival in Las Vegas – just before it was attacked by a gunman. They had performed during that event where the incident took place. They will be performing together but the number they'll be performing has not been revealed.  The tribute they have planned is said to be a classic Grammy award winning song and is also intended to honor the 22 victims who died after a bomb was detonated outside an Ariana Grande concert in Manchester, England, in May.

The show will be hosted by award-winning television personality and performer James Corden.