The Ghost in the School Yard

A mysterious girl, a car accident, a death, ghostly affairs! Know what happened in the school yard! 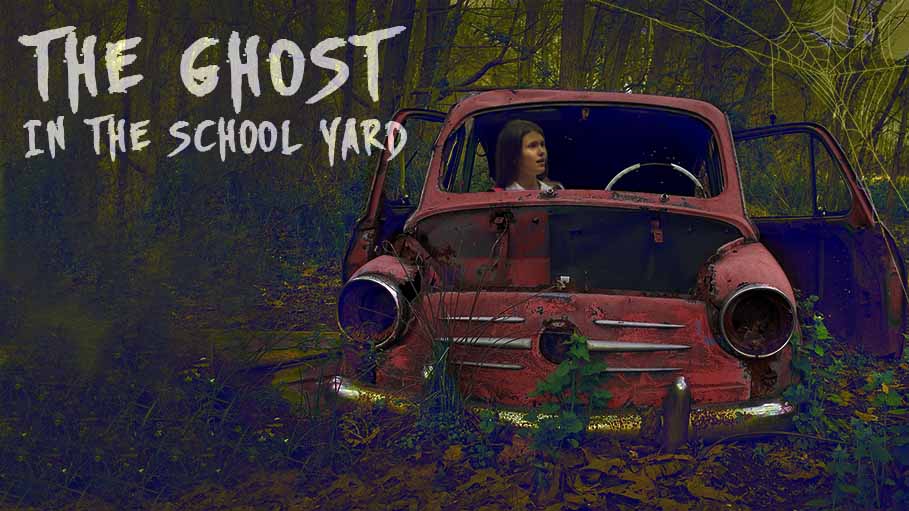 This story has been co-authored by Nikita Mohanty, my elder sister.

It was a bright Sunday winter morning. We were going for a family picnic, when a poor and sick young girl caught my attention. I gave money to her but she said, “no thanks”. After the picnic we came back home. The next day we went to school as usual. To my dismay, the girl was there as a new student of our school. Her name was Tara and she joined my class. I asked her lets be friends and tried shaking hands but she just went away. Our teachers told us not to speak to her about her father as he lost his life in a car accident.

Tara never spoke or played with anyone, although she became the topper of our class. She was a strange girl. She reached school daily at the same time 8:23 AM (our school starts at 8:30 AM). She always had the same hairstyle, same tiffin, in the same box with the same water bottle. One day, just out of curiosity, me and my friends decided to follow her home in order to find out what she did after school. Tara took the longest route to her house. On the way she gave some food to three street dogs. At last she stopped near a lake. It is an accident prone zone. A few steps away was a red car in a shattered state. Apparently an accident had taken place. Tara sat in the car. Suddenly we heard two voices. One was Tara’s, we had no clue whose voice was the second one. We were quite far so we could not make out what was being spoken. All we knew was that Tara’s father was dead.

Ria, my best friend, started to frighten the others saying, the second voice was that of Tara’s father’s and my other friends believed her. Although Ria was a brave girl, even she started to feel that what she uttered as a mere joke, could be actually true. Slowly it got dark and we remembered we had to return home. The next day we told our parents we will return home late because we are going to Tara ’s home. So as per plan, the next day we went to her house and three of our friends followed her. “Tara took the same route and the sequence of everything was exactly like the previous day”, is what my friend told us on the phone.

What we saw was that Tara had a big house but it was dirty. They only used one room. The house looked very eerie and resembled the haunted house in horror movies. Ria once again tried to frighten us, saying Tara lives in a haunted house, I laughed. Suddenly, I noticed a shadow coming out of a room of Tara’s house, I asked my friends to look. Shockingly, IT WAS TARA. I quickly called my friend. She said that Tara was still in the car and that the two voices could be heard. I told her to meet at the playground. We ran out of that place quickly. Later at the playground, we discussed the possibilities of how could Tara be present in two places at the same time.

That night, when I was about to sleep, my sister began to pester me asking me to tell her a story. I thought if something frightened a brave person like me, when I tell this as a story to my sissy sister, she would get scared to the core and never ask me to tell a story again. So I told her the mysterious happenings with Tara and ended by saying “since the matter is still being investigated by department of paranormal activities, when more news gets out, I will finish the story”.

Little did I know that the department of paranormal activities was actually involved in the case “123” which was a hit-and-run case turned into a paranormal case. I came to know this the next day from an old but very knowledgeable man of our locality. He told us “what you say is exactly what had come out in the newspapers of 1998. Twenty years ago an accident had taken place in the area you speak about. A red car was hit by a speeding truck. Three dead bodies were found in the car probably husband, wife and daughter. The car and their house was confiscated but it was found that.……..its not meant for you”. He left the story in suspense but confirmed that case 123 is case Tara. I did not go to school the next few days. The day I went to school Tara did not come. No one saw Tara again and slowly everyone forgot about her. But how could I? I never spoke about this matter again.