From the gorgeous Nora Fatehi to WWE fame Kurt Angle all are taking up the KeKe challenge while it is making way for road accidents. Know the whats, hows and whys of the KeKe/KiKi challenge. 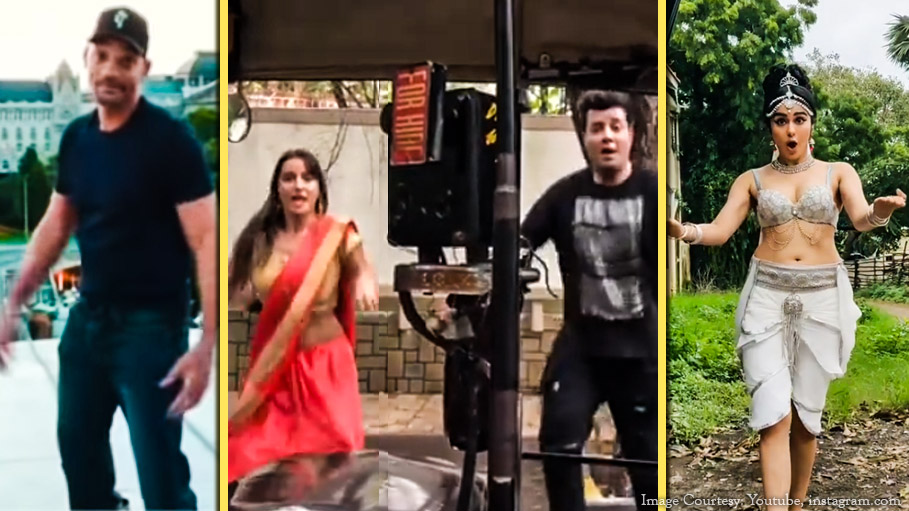 Do you think it’s fun dancing on road? Especially when someone is filming you? Well, people who are taking up the hottest internet trend KeKe challenge, seem to be enjoying it enormously. But this new celebrity initiated trend has also caused a number of incidents that could lead to life-threatening situations. Is it okay to take the KeKe/KiKi challenge or not, know here!

Such internet breaking challenges are often kicked off by the celebs for some obvious reasons, to promote a film, a show and alike. Like the ice bucket challenge earlier that outspread like fungus, and if you browse online, you will surely bump on a lot of ice bucket challenge fails.

Now in a world where road accidents happen in the wink of an eye, where people are already too busy to talk over or text being on a drive, the KeKe challenge is like a new incoming threat to road safety.

A car, a reliable person who can drive and shoot, a cam and a bit of practice are all one needs to shake the legs to the KeKe challenge. Step out of the vehicle, keep dancing to the song while the car moves at a slow pace, and then return to the car seat. Post the video using hashtags like #KeKeChallenge, #InMyFeelings, and you’re done!

The KeKe ball started rolling when the Canadian rapper Drake released his song 'In My Feelings' on July 10 this year and the Instagram comedian Shiggy posted his romping clip to the song. And in no time faces like celebrated actor Will Smith, ‘Dilbar’ girl Nora Fatehi, Adah Sharma followed the grooving sensation. Recently, wrestler Kurt Angle from WWE Hall of Fame has also joined the dance league.

Today morning, I spotted this smarty showing off some ballet moves:

However, not directly, but these viral road shows are somehow influencing the public, especially the young generation to take the KeKe challenge dare. And the consequences are not always fulfilling at all. As several are falling off the car, getting hit by a pole or endangering other lives, while shooting the video.

Police officials of different countries including India, the US, and Malaysia are not encouraging masses to attempt the KiKi challenge, at all. The Mumbai Police in India can also charge you a penalty for performing on KeKe, and also actively promoting an awareness campaign to make the generation understand the risks of it :

Not just a risk for you but your act can put life of others at risk too. Desist from public nuisance or face the music ! #DanceYourWayToSafety #InMySafetyFeelingsChallenge pic.twitter.com/gY2txdcxWZ

So do you still think the grooves and the moves are worth the risks? If you were reading this, you’re the best person to judge!