As the dates of the Royal wedding of the young couple, Prince Harry and Actress Megan Markle are fixed, citizen are a little confused about its clash with the FA finale and also whether it is a bank holiday. 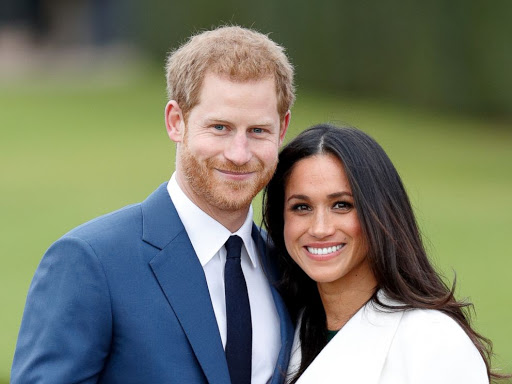 This Friday witnessed a great announcement from Kensington Palace. Hola! You guessed it right. Prince Harry and Meghan Markle's wedding date was confirmed on Saturday May 19. That marks a wait of five months from now. The event will commemorate in presence of the Queen along with rest of the Royal family and Ms Markle's parents Thomas Markle and Doria Ragland. Prince George and Princess Charlotte will be the pageboy and bridesmaid.

Royal weddings customarily happen on a weekday. The Duke and Duchess of Cambridge wed on a Friday and the Queen on a Thursday. Prince Harry and his fiancé, Meghan Markle broke tradition by choosing a Saturday. Questioned why a Saturday, the spokesman replied: "The Royal couple felt it would give the public the maximum occasion witness, join, support and be a part"

The Palace aides have added to the curiosity by announcing that the Prince and Ms Markle's wedding will be a reflection of their characters and persona and be a twinkling of  fun and joy and frenzy. They planned to say "I do" in the historic environs of the Castle's 15th century St George's Chapel.

The wedding is taking place at the expense of the Royal. Still the high-end security expenses fall on the taxpayer.

The couple's got engagement last month with a ring designed by Prince Harry himself displaying a diamond from Botswana along with two smaller diamonds taken from Diana's jewelry collection to make sure she's with the lovebirds on their crazy journey together.

#No bank holiday: Prince William and Kate Middleton marriage ceremony took place on a Friday the people in the UK a day off. Prince Harry & Meghan’s engagement buzzed an excitement about another extra three-day weekend among the citizens. How every the dignitaries will have issues as British Prime Minister, Theresa May said, there will be "no precedent" for a bank holiday, as Prince Harry stands  fifth in line to the Royal throne.

#The Royal Event clashes with FA Cup final, Wembley: This means TV remote wars in British households. As President of the Football Association, Prince William the Duke of Cambridge generally attends the high-profile match and presents the trophy. This year will be tough for Prince William to show up in both the events and is likely to choose the Royal event.

Accepting the clash, an FA spokesman stated that Saturday 19 May promises to be a wonderful day with two very special royal occasions occurring together. With millions of spectators coming together to watch both events from around the world, it will be a day of grand celebration.

When two Royal events take place within a short period of time comparison are inevitable. Let’s find out how the unconventional royal bride to be makes her occasion different. Here are the four main differences.

1. The Royal wedding will a low-key ceremony held at a much smaller church.

While, Prince William and Kate Middleton’s grand affair held in one of the United Kingdom’s best-known churches, Westminster Abbey, The cupids Meghan and Harry will wed in St. George’s Chapel at Windsor Castle. The gorgeous venue is filled with royal history but is understated than Westminster Abbey. The venue is capable of holding 800 people, which is pretty less compared to Westminster which has a capacity to hold 2,000.

Prince Harry stands fifth in lineage to the throne thus less likely to be the monarch. This reduces the responsibility to have a very traditional ceremony with all the ins and outs in case of his brother William’s wedding.

2. The newly-wed is not to hit the London streets in a procession.

The couple will not come back to the Buckingham Palace nor there any traditional procession by horse-drawn carriage hitting the streets of London. Nevertheless, the unconventional Meghan and Harry have promised the public to include them as a part their big day, so it’s expected they’ll surely find some sort of substitute for the customary royal ride through London.

3. No public balcony kiss will be witnessed

The ceremony being conducted on the grounds of Windsor Castle, the Royal lovebirds will not come back to Buckingham Palace which is 22 miles away and take around 45 minutes for a display kiss on the balcony. Hush! Here we have a couple breaking all Royal norms and following only heartbeats.

The Hollywood Star Meghan Markle and Royal Prince Harry’s wedding is not a full on state event not is it happening on a bank holiday making the event less obligatory to invite all eminent personalities, dignitaries and other Royal families around the world.

With only 800 guest capacities at the venue, the guest list will be lean a prune calling more for friends and families that political supports. Not to forget Meghan’s Hollywood connection, which makes us look out for more American celebrities on the guest list than witnessed at Prince William and Kate’s wedding. Meghan’s high profile friends like Priyanka Chopra, Serena William and Patrick Adams are expected to walk the aisle in the May 19th Royal wedding.

There are two Americans friends of the Prince who will almost undoubtedly nab an invite. Any guesses?

Phew….it’s none other than the Former President Barack Obama and his wife who are quite close to the young prince. Probabilities are high that the American couple will stand by the Prince on his special day.