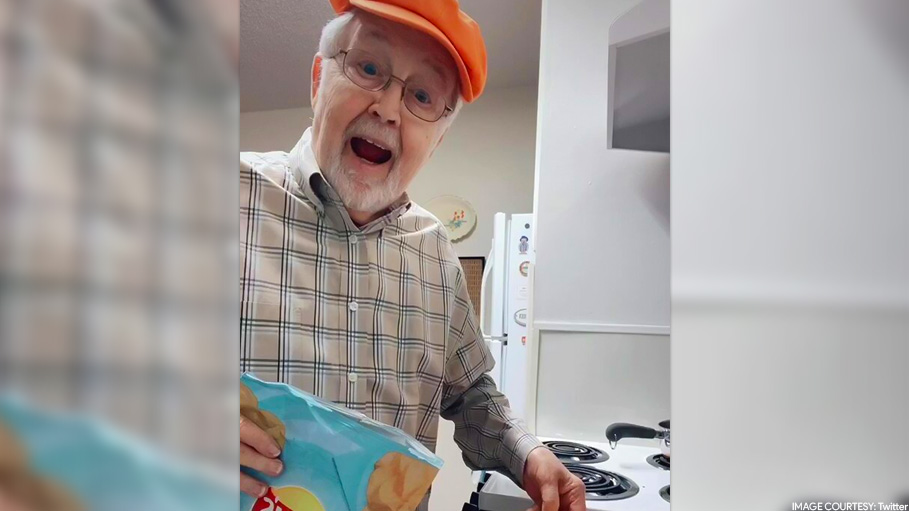 An octogenarian from Texas, USA, is melting hearts on TikTok with his wholesome and endearing cooking videos.

Stephen Austin from Fort Worth, Texas has become a viral hit because of his short and simple cooking tutorials and rib-tickling comedy videos, reported Fox News.

The 81-year-old's page, "Cooking with Steve", has in excess of 582,000 followers, where he posts clips of himself making sandwiches, cereal and pancakes. Till now, the page has amassed more than 5.1 million likes.

Austin also uploads comical videos in which he goofs around while playing other characters.

The cooking and comedy clips rack up hundreds of thousands of views on average. However, a specific video in which he teaches how to prepare frozen biscuits has been viewed 8.5 million times.

According to Fox News, the TikTok grandpa tries to keep up with the latest trends on social media.

He previously tried his hands on Vine, which has now gone out of business, and also YouTube.

He is mostly self-taught when it comes to using social media applications.