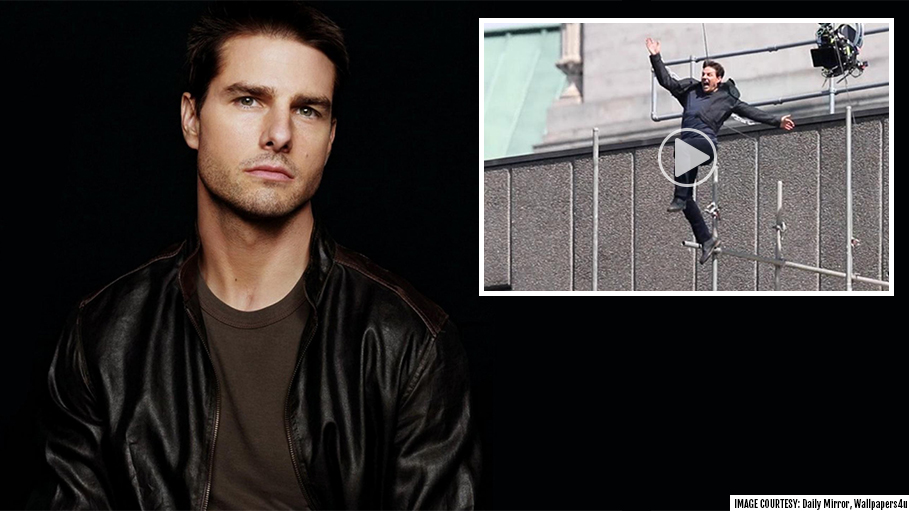 During an appearance for the ‘The Graham Norton Show’, Tom Cruise shared a video wherein he broke his ankle while filming ‘Mission Impossible 6- Fallout’ that left audience gasping for breath. The footage shows him jumping and then hitting against the side of a building.

During the show, Norton Graham replayed the footage in slow motion with Cruise’s foot shown from a side angle. Tom Cruise knew instantly that his foot was broken however he didn’t want to retake the shot once again. So he carried on with the take.

After that he said “It's broken. That's a wrap. Take me to hospital.” It was brave of Cruise to continue with the take even though he was in pain. Further, instead of making a hue and cry over the whole situation, he just requested the crew to take him to the hospital. Now, that’s called true heroism.

When asked about the condition of his leg, he said “It's still broken but I'm doing well. It's not fully healed but we are shooting and we have a release date so I just have to keep going.”

Due to the incident, the production of the movie went on hiatus for two months while Tom Cruise recovered from his injuries, albeit the release date of the movie was not changed.  The movie is scheduled to be released on July 27, 2018.

Concerning the story of the film Tom Cruise added “It takes into account all the previous Mission Impossible plots and it's the fallout of all the good things we did that are now being used against us.”

Without a doubt, Tom Cruise’s fans would be eagerly waiting to watch the movie especially the scene wherein he broke his ankle. Tom Cruise also promised that the movie has some incredible stunts and sequences which are extremely dangerous and it has been the largest they’ve ever done.

Have a quick look at the scary footage below