Trump Testifies That He Feared Being Hit by "Very Dangerous" Fruit

Ex-president Donald Trump testified under oath that he feared protesters would pelt him with "very dangerous" fruit like pineapples, tomatoes, and bananas saying: "You can get killed with those things." 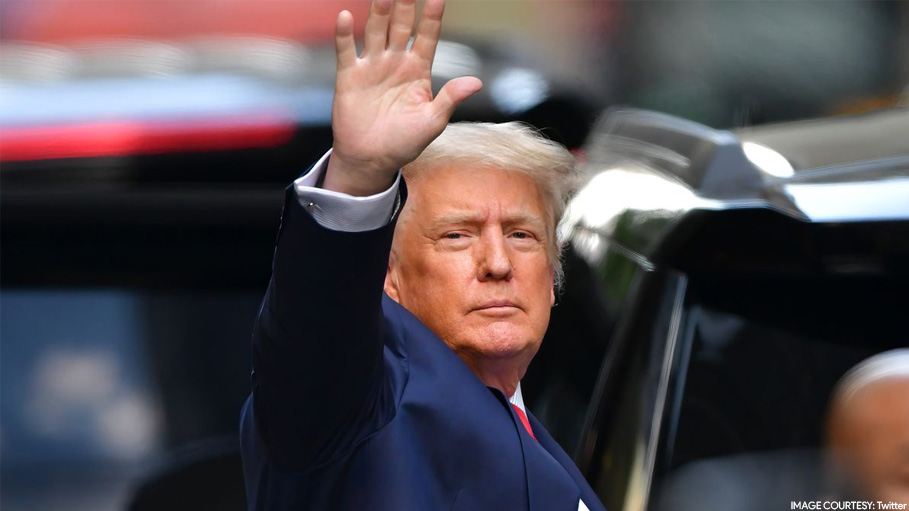 New York: Ex-president Donald Trump testified under oath that he feared protesters would pelt him with "very dangerous" fruit like pineapples, tomatoes, and bananas saying: "You can get killed with those things."

The comments were revealed in court documents made public Tuesday which included a transcript of a deposition Trump gave last October as part of an ongoing civil lawsuit in New York.

The case was brought by several activists of Mexican descent who say they were attacked by his security guards outside Trump Tower in Manhattan in 2015.

"I wanted to have people be ready because we were put on alert that they were going to do fruit," Trump said under questioning by attorney Benjamin Dictor.

He added that "tomatoes are bad, by the way" but that "some fruit is a lot worse."

Dictor asked Trump about comments he made at a rally in Iowa in 2016 when the then-presidential candidate told supporters to "knock the crap" out of anyone about to throw a tomato.

"That was to the audience. It was said sort of in jest," Trump responded, before adding: "But maybe, you know, a little truth to it. It's very dangerous stuff. You can get killed with those things.

Dictor asked Trump whether it was his "expectation that if your security guards see someone about to throw a tomato that they should knock the crap out of them?"

"To stop somebody from throwing pineapples, tomatoes, bananas, stuff like that, yeah, it's dangerous stuff," he added later.

Trump sat for around four and a half hours during the videotaped deposition on October 18, after a New York judge rejected an attempt to quash a subpoena ordering him to testify.

The activists alleged that on September 3, 2015 Trump's bodyguards violently broke up their protest against derogatory comments Trump had made about Mexico and Mexicans at the start of his ultimately successful run for president.

The plaintiffs allege that the guards ripped away their signs and punched and choked one of the demonstrators.

Trump has claimed that his security "tried to deescalate the situation" but were met with violence from the plaintiffs themselves.

The 75-year-old is also facing several other legal battles, which threaten to complicate any bid for another run for the White House in 2024.

On Monday, a US judge held Trump in contempt of court and ordered him to pay $10,000 every day until he hands over financial documents to the New York state attorney general who is pursuing a civil probe into alleged fraud at his family business.