British-American TV series ‘Outlander’ has many lessons to teach creators of other shows about sensitive subjects such as ‘Gender Equality’ and ‘Mutual Consent’. These are few things the series has taught us. 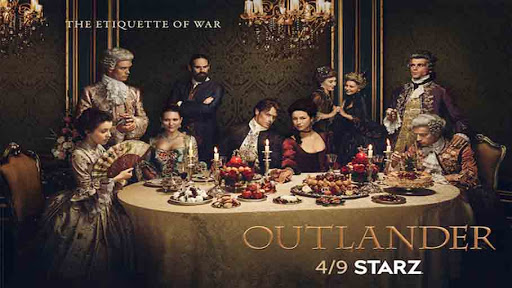 British-American TV series ‘Outlander’ has many lessons to teach creators of other shows about sensitive subjects such as ‘Gender Equality’ and ‘Mutual Consent’.  There are numerous T V series and also movies that have to include a savage rape scene in the plot. It doesn’t matter whether the scene adds value to the series. It’s probably incorporated to add shock value to the series and to keep the masses glued. After all, that’s what’s going to increase the popularity charts of the series. And this has become a trend of sorts. But fortunately ‘Outlander’ doesn’t fall into this bracket.

There are numerous scenes in ‘Outlander’ where we can learn a thing or two about ‘Mutual Consent’, ‘Gender Equality’, emotional and physical consequences of sexual violence and so on. In the old-world, it was common to flog young children and women. But when Jamie tried to use it on Claire it didn’t work with her. She says, 'Don't lay a hand on me again. That's the only way we can stay together.' Claire showed him that there are less demeaning ways to handle a situation. This scene demonstrates how a woman has stood up against ‘Domestic Violence’ in times when no one really understood the term.

Jamie never learnt nor was he taught about such sensitive matters.  But he learnt this from Claire. This scene has beautifully raised the point that we need to treat our partners as equals. Men of his time didn’t treat women as their equals. But he challenged this notion, and he decided to discontinue the damaging behaviour which his forefathers followed. In contrast, to the first episode where he gave his new wife a spanking, he had come a long way and now he was more secure than ever before.

‘Outlander’ teaches us the importance of ‘Consent’

He proved to be a gentleman yet again when he didn’t take advantage of Claire when she was burning with fever, injured and was under the influence of substantial amount of alcohol. Yet again, he proved to be a real hero. In fact, Jamie has always had ‘consent’ in mind while relating with the opposite sex in the series. By doing so, he’s given power to the woman as well. This is a mature way of treating romantic content.

This is not a common scenario in other serials where drunken hook ups are taken easy or brushed aside as something light. ‘Outlander’ sends a message to other TV series that it’s not always necessary to include a gross rape scene or content that’s charged up with violence in the plot to capture the attention of your audience. There are better ways to showcase content without  demonstrating women as victims.

To add to this, the series hasn’t shown Jamie as the perfect hero right from the beginning of the series. No one can ever be perfect. But they’ve shown that he was ready to learn and grow and he was prepared to be transformed into a better individual. He didn’t allow ego to take charge of his relationship with Claire. He acknowledged that there were plenty of subjects Claire knew more than him.

Many Executive Producers and Writers of shows are beginning to understand that sexual violence, incest, rape scenes, displaying women as victims, and objectification of women takes away the strength and value from the plot.  ‘Outlander’ has taught us that it’s high time we create shows that’s dealt with some depth and sensitivity. It also sends a reminder to thousands of men out there of what it really means to be a ‘True Hero’.

SEE ALSO:
‘Dracula’ by BBC Rises from the Grave on New Year’s Day, Watch It on Netflix