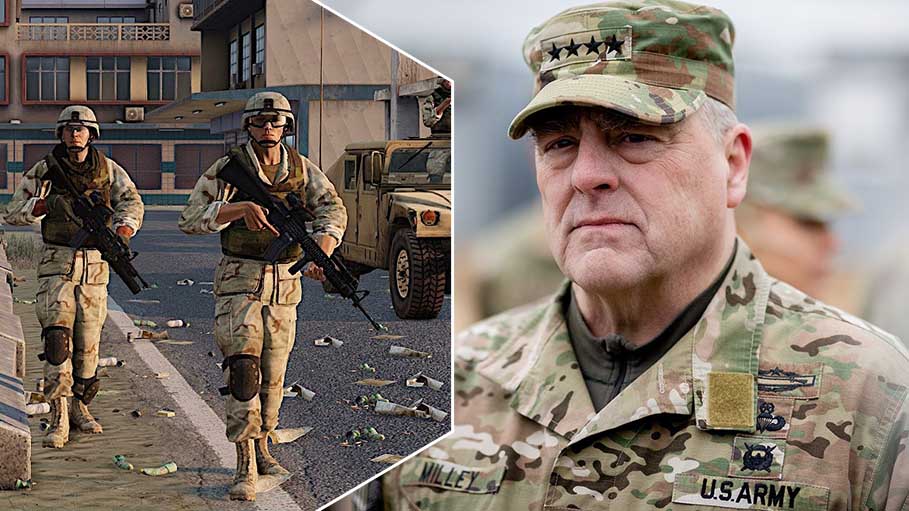 The chairman of the US Joint Chiefs of Staff is touring Europe to show Washington's "determination" to defend NATO's eastern flank in the face of Russia's aggression.

Allies, spearheaded by the United States, have rushed thousands of troops to countries closer to Russia as fighting rages in non-NATO member Ukraine.

"We need to make sure that we respond quickly, to demonstrate our strength and resolve, our support for that Alliance to prevent any further aggression by the Russians and to prevent a great power war," Milley told US soldiers stationed in an airbase near Constanta in southern Romania.

He told AFP: "What is clear to me is the unity and resolve of NATO in the face of an unprecedented threat and the largest land conflict on the continent of Europe since 1945."

The United States has around 67,000 soldiers permanently stationed in Europe.

Nearly 15,000 additional troops have been deployed in the past weeks along a 1,200-kilometre (750-mile) arc along countries neighbouring Ukraine and Belarus, Russia's ally, in a bid to dissuade Moscow from advancing further.

Milley toured five of these nations in as many days in a whirlwind visit.

Even The Dead Getting 500 Euros "Climate Bonus": Austria