The United Nations chief criticised the total lack of international coordination in tackling the COVID-19 pandemic and warned that the go-it-alone policy of many countries will not defeat the coronavirus. 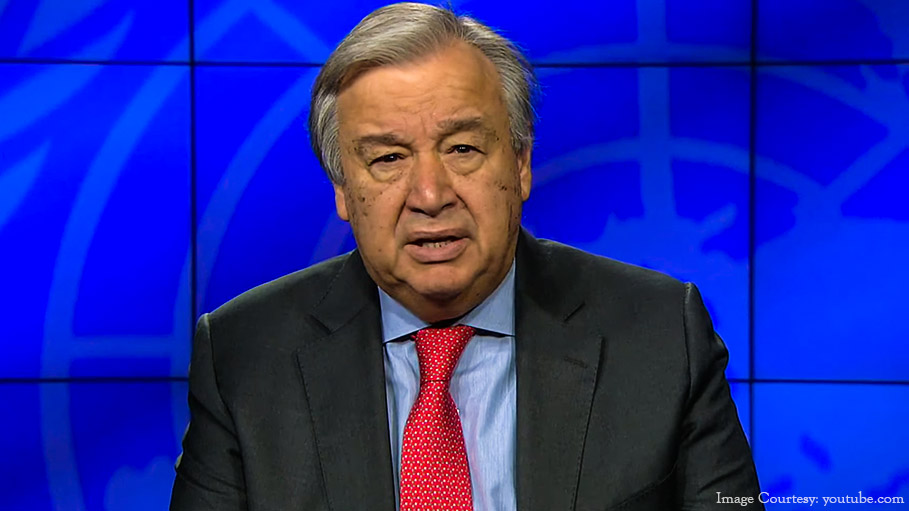 United Nations: The United Nations chief criticised the total lack of international coordination in tackling the COVID-19 pandemic and warned that the go-it-alone policy of many countries will not defeat the coronavirus.

Secretary-General Antonio Guterres said in an interview with The Associated Press that what needs to be done is to make countries understand that by acting in isolation “they are creating the situation that is getting out of control" — and that global coordination is key.

COVID-19 started in China, moved to Europe, then to North America and now to South America, Africa and India, he said, and some people are now talking about second waves coming at any moment.

Yet, he said, “there is total lack of coordination among countries in the response to the COVID."

Guterres said it's important to use that fact “to make countries understand that bringing them together, putting together their capacities, not only in fighting the pandemic in a coordinated way but in working together to have the treatments, testing mechanisms, the vaccines … accessible to everybody, that this is the way we defeat the pandemic."

The secretary-general said coordinating political, economic and social responses to the fallout from COVID-19 including job losses, increasing violence and human rights being violated will also help mitigate the impact of the pandemic.

From the start of the pandemic, Guterres has been trying to mobilize international action to address what he says is the biggest international challenge since World War II.

He called for a global cease-fire to all conflicts on March 23 to tackle COVID-19 but the response has been very limited.

And his calls, and repeated calls by the World Health Organization chief, for international “solidarity" to fight against COVID-19 have not led to significant changes in nationalist approaches to dealing with the virus.

“I am frustrated, of course, with the lack of international cooperation at the present moment," Guterres said, “but I hope that the new generations will be able to make things change in the future."

The secretary-general didn't single out any countries, but US President Donald Trump halted all funding to the World Health Organization, accusing the UN agency leading the fight against the pandemic of failing to respond to the coronavirus because China has “total control" over it.

Trump has pushed for the US economy to reopen as COVID-19 cases continue to rise in many American states. About 2.3 million Americans have been infected by the virus and some 120,000 have died, according to data from Johns Hopkins University.

The pandemic is also still on the rise in Brazil, where there are more than 1 million confirmed COVID-19 cases and almost 52,000 fatalities.

Britain has the highest coronavirus death toll in Europe, at over 42,000, and the Conservative government has been sharply criticised for what many see as its slow, muddled response to fighting the pandemic.

The secretary-general said he sees “an enormous movement of solidarity" in societies and communities, and more voices saying, for example, that a vaccine must be “a people's vaccine, not a vaccine in a commercial dispute among countries to make the rich benefit from it and the poor not."

SEE ALSO:
Tesla Chief’s Anti-Union Tweet from 2018 Must be Deleted: US Labor Board

West Bengal's College, University Teachers to Get Increment from Next Year