Jacinda Ardern said it was “a practical decision” to take Neve to the General Assembly, as she is currently breastfeeding the 3-month-old Neve, and therefore it is important for her to bring the infant on the six-day international trip. 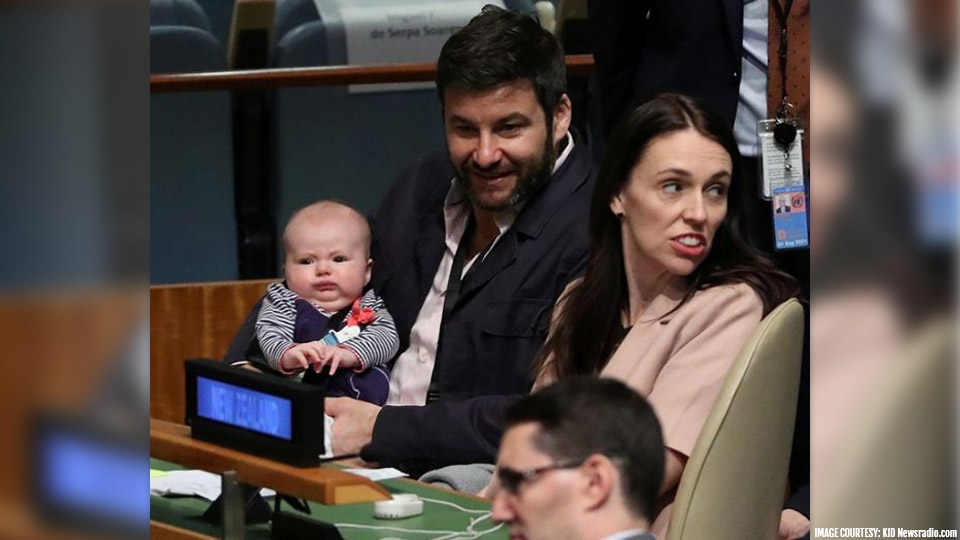 Three months old Neve Te Aroha, the ‘First Baby’ of New Zealand, made her debut at the United Nations recently, when her mother and New Zealand’s Prime Minister Jacinda Ardern spoke at the peace summit in the General Assembly of United Nations.

Jacinda Ardern is also New Zealand’s youngest Premier and the one, who first took maternity leave while in office. The United Nations is also delighted to see baby Neve in the General Assembly hall. UN spokesman Stephane Dujarric later said, “Prime Minister Ardern is showing that no one is better qualified to represent her country than a working mother. Just 5 percent of the world’s leaders are women, so we need to make them as welcome here as possible”.

Jacinda Ardern said it was “a practical decision” to take Neve to the General Assembly, as she is currently breastfeeding the 3-month-old Neve, and therefore it is important for her to bring the infant on the six-day international trip. She also said, “Neve is actually nearby me most of the time in New Zealand”, as New York is far from the place.

The PM said she would bear the cost of her partner’s travel, as “he is primarily travelling to care for Neve”. She added, “there is no spousal program for this, so we just made a judgment call that we would cover his travel for this trip. He will be going to some things, but he is primarily travelling to care for Neve. It depends what the jet lag does to them both. She’s a good sleeper and we don’t know whether that will mean she ends up sleeping a lot in the day rather than the night”.

Also, it was her debut speech at the UN in New York. In her speech at the Nelson Mandela Peace Summit, she highlighted the former South African leader’s profound impact on her country.

Jacinda Ardern partner Clarke Gayford posted a photo on his Twitter handle with Neve’s security pass for the annual gathering of world leaders. He also wrote, “I wish I could have captured the startled look on a Japanese delegation inside UN yesterday who walked into a meeting room in the middle of a nappy change. Great yarn for her 21st (birthday)”.

The 38-year-old Jacinda Ardern is the only second elected leader in the world to give birth to a baby while in office, after Pakistan’s Benazir Bhutto in 1990. She has returned to work only in early August after spending "the fastest six weeks" of her life on maternity leave.