Apart from the United States, now Britain, France and Germany have requested the discussion which is a growing concern, as Pyongyang is developing long-range weapons in violation of the UN Security Council resolutions. 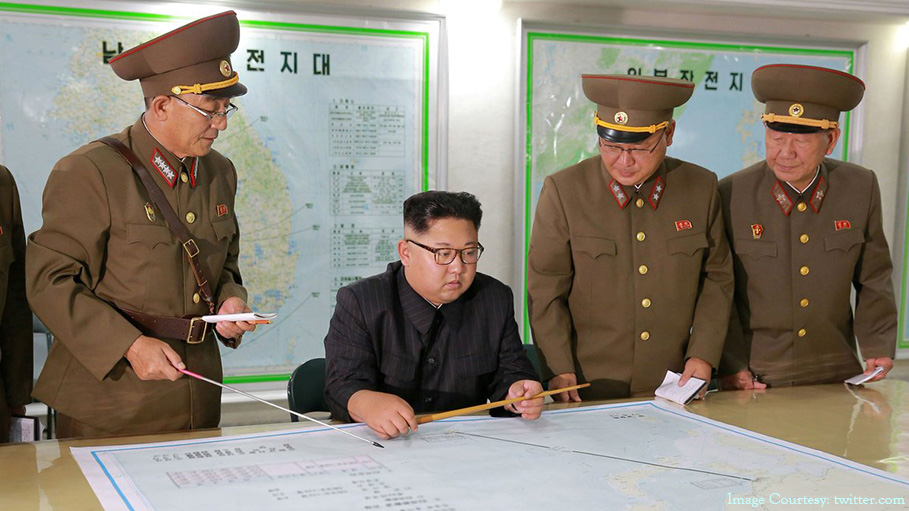 Inspite of repeated warnings, North Korea is not ready to stop its Missile tests and programmes, which is bothering the powerful nations of the world, now it has also drawn the attention of the United Nations. The United Nations Security Council thus will meet today to discuss North Korea’s recent ballistic missiles tests.

Apart from the United States, now Britain, France and Germany have requested the discussion which is a growing concern, as Pyongyang is developing long-range weapons in violation of the UN Security Council resolutions.

According to a diplomat associated with UNSC, “We will be having consultations on North Korea on Thursday morning. We are going to discuss the latest missile launches that are violations of Security Council resolutions”.

Another source informed that the discussions on North Korea would form part of any other business discussion, the last item on the agenda of a closed-door meeting will be held to mark the first day of Poland’s presidency of the Security Council.

Recently, North Korea has fired two ballistic missiles as informed by South Korea, only a few days after a similar launch that nuclear-armed North Korea has described as a warning to South Korea over its planned joint military drills with the United States.

Meanwhile, on Wednesday, South Korea’s military has informed that the two ballistic missiles had been fired from the Wonsan area located on North Korea’s east coast.

KCNA also said, Kim “repeatedly expressed satisfaction over the result of the test-fire and highly appreciated the national defense science and munitions industry personnel who have made another wonderful Korean-style multiple launch rocket system”.

The weapon guided rockets have high capabilities and it can play an important role in ground military operations.

Under the UN Security Council resolutions, North Korea is banned from the ballistic missile launches but as it was the second test in less than a week, even after a meeting between leader Kim Jong-un and US President Donald Trump last month declaring not to continue such tests, it is bothering everyone.

As we know, Pyongyang and Washington are engaged in a long term diplomatic process over North Korea’s nuclear and missile programs that has witnessed three high profile face to face meetings between the two leaders in a span of a year.

In June, in their last meeting in the Demilitarized Zone that divides the Korean peninsula, both the US and North Korea agreed to resume talks but that working-level talks are yet to start.

Did China Declare Masood as a Terrorist? The Recent Update Indicates a Refusal