The United States said Friday it would impose sanctions on Russian President Vladimir Putin and Foreign Minister Sergei Lavrov, following similar announcements by Britain and the European Union in the wake of Moscow's attack on Ukraine. 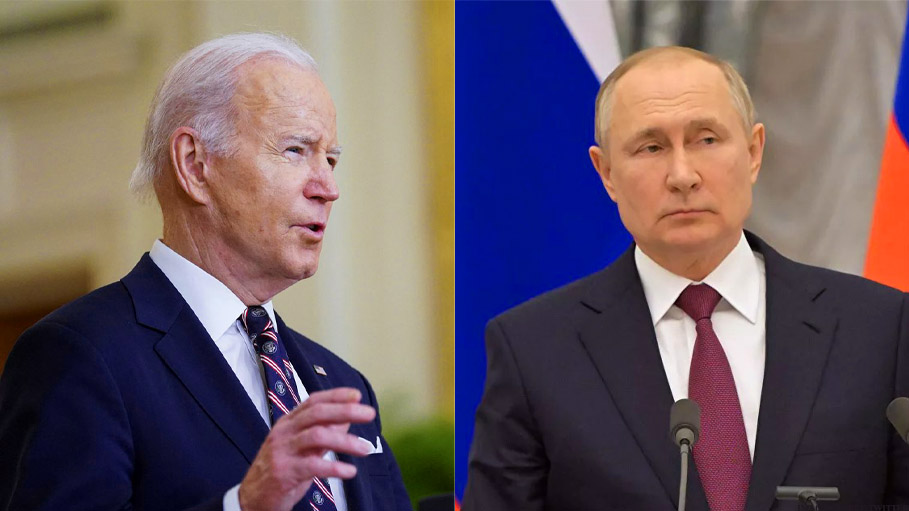 Washington, United States: The United States said Friday it would impose sanctions on Russian President Vladimir Putin and Foreign Minister Sergei Lavrov, following similar announcements by Britain and the European Union in the wake of Moscow's attack on Ukraine.

White House Press Secretary Jen Psaki said a travel ban would be part of the sanctions.

Following the measures, Russian foreign ministry spokeswoman Maria Zakharova said on Russian television that "we have reached the line after which the point of no return begins."

The United States' latest measures add to a tranche of sanctions that will hit four Russian banks, cut off more than half of Russia's technology imports and target several of the country's oligarchs.

The US State Department also sanctioned Russian Defense Minister Sergei Shoigu and First Deputy Minister of Defense and Chief of the General Staff of the Armed Forces Valery Gerasimov.

The two Russian Security Council members "have been determined to operate or have operated in the defense and related materiel sector of the Russian economy," the State Department said.

The pair join a list of another 11 Russian Security Council members already sanctioned by the US Treasury.

"We will look to designate more in the future if Russia does not stop its unprovoked campaign against Ukraine," the statement added.

In Brussels, the EU's sanctions package -- the second adopted this week as Russia's military build-up moved into a full-on assault -- was approved by leaders in an overnight summit.

It hammers Russia's financial, energy and transport sectors, and curbs the ability of Russians to keep large amounts of cash in EU banks.

It also expands the number of Russians on the EU's list of sanctioned individuals barred from entry and whose EU assets are blocked.

Following suit, Britain's Treasury issued a financial sanctions notice against Putin and Lavrov, adding them to a list of Russian oligarchs who have already had their property and bank accounts in Britain frozen.

In addition to the sanctions, Psaki said that any moves by Russia "going after" Ukrainian President Volodymyr Zelensky would be a "horrific act."

Putin has called on the Ukrainian army to overthrow the government, whose leaders he describes as "terrorists" and "a gang of drug addicts and neo-Nazis."