Earlier this week, after examination and analysis of submissions made by interested parties, the DGTR recommended a 25 percent safeguard duty on solar cell and module exports from China and Malaysia for the first year. 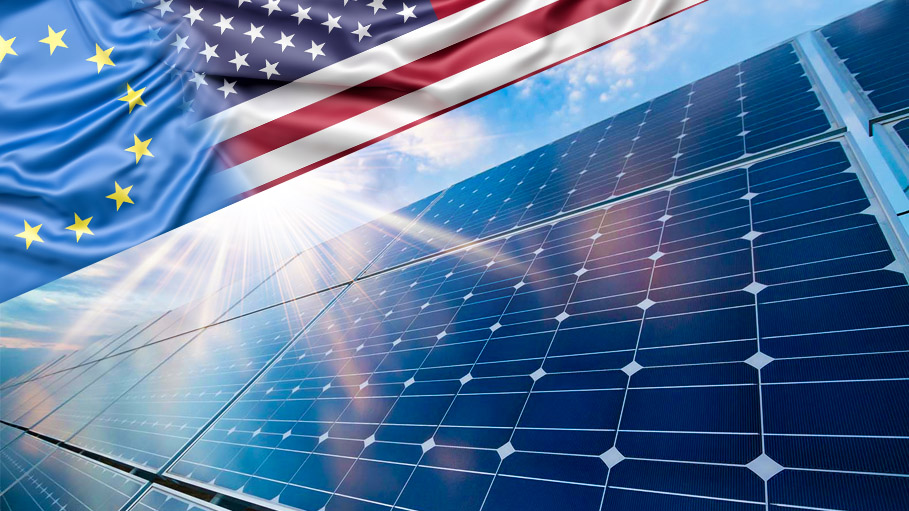 The United States, the European Union, and other developed countries will be on the receiving end of the 25 percent safeguard duty if the Indian government accepts the recommendations made by the Directorate General of Trade Remedies (DGTR) in relation to imported solar components (Modules, Cells).

Earlier this week, after examination and analysis of submissions made by interested parties, the DGTR recommended a 25 percent safeguard duty on solar cell and module exports from China and Malaysia for the first year, followed by a phased down approach for the second year. DGTR clarified that imports from any other developing nation except China and Malaysia did not exceed 3 percent individually and 9 percent collectively and hence would not attract a safeguard duty.

DGTR in its recommendation had said that no duty will be levied on companies from any other developing countries which implied developed countries may be on the list.

When asked about developed countries, a DGTR official said, “The countries that are on the list of developed economies of the United Nations, World Trade Organization (WTO) will have to pay the safeguard duty if it is imposed. However, developing countries other than China PR and Malaysia will be exempt.”

In short, the DGTR has recommended that a safeguard duty can be levied on developed economies, and only China and Malaysia from the list of developing countries, as defined by the UN.

According to the United Nations development and policy analysis division report from 2014, there are 37 countries that are defined as developed economies.

“The tariff recommendation on developed countries would be largely meaningless considering the small amount of solar imports. It should be noted that India is now exporting more solar to the U.S. than it imports from there. In fact, in FY 2017-18 India exported $40 million worth of cells and modules to the US, compared to just under $2 million exported from the U.S. to India. As more Indian manufacturers look to increase their module exports and develop new markets, imposing duties on the same countries may attract unwanted attention from them,” said Raj Prabhu, CEO of Mercom Capital Group.

Earlier this year, the US had exempted one hundred countries including India from levying a 30 percent safeguard duty on solar imports in a section 201 trade case. However, exports to the US from exempt countries is limited to 3 percent per country and 9 percent in total for all exempt countries.

Rohit Kumar, the head of Indian subcontinent at Renewable Energy Corporation (REC) said, “It is too early at the moment to fully gauge the effect of this decision. However, since the proposal is pretty similar to the recent US trade case, the outset will surely lead to a hike in the project costs across the supply chain in the industry and will negatively affect the overall market prospects and sentiments, like we can see in the US for 2018. By blocking manufacturers from developed nations, this move will penalize in particular advanced technologies and therefore curtailing the choices available to the discerning Indian customers who appreciate quality”.

SEE ALSO:
Mike Pompeo Says US Will Keep Building on "Strong" Ties with UK after Brexit