During his briefing, Mr Patel covered topics ranging from Russia's unlawful invasion of Ukraine, negotiations around the Iranian nuclear issue and Liz Truss becoming the Prime Minister of the United Kingdom. 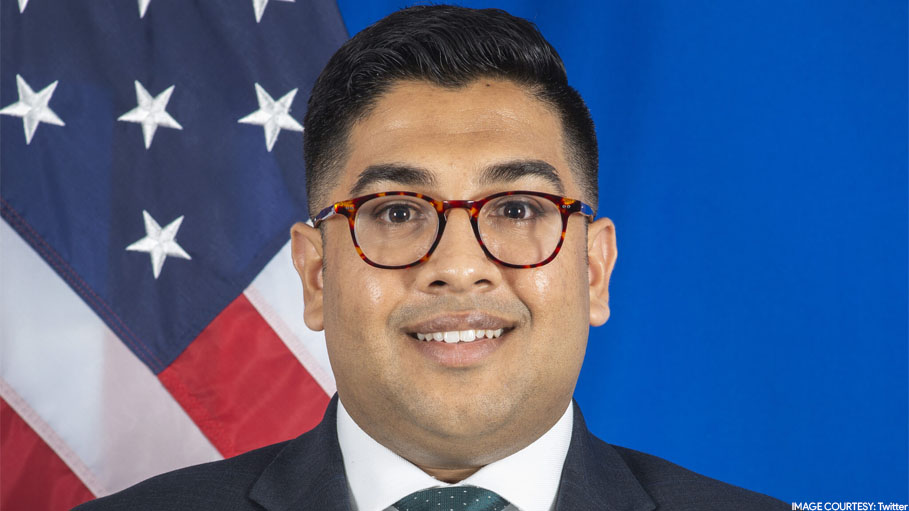 Washington: Vedant Patel, the Principal Deputy Spokesperson for the US Department of State, has scripted history by becoming the first Indian-American to hold the daily State Department press briefing, earning plaudits from senior White House officials for his "utmost professionalism" and "amazing debut".

With State Department Spokesperson Ned Price on vacation, the 33-year-old Patel from California on Tuesday appeared at the briefing room in the Foggy Bottom headquarters of the State Department to represent the country on foreign policy issues before the media.

During his briefing, Mr Patel covered topics ranging from Russia's unlawful invasion of Ukraine, negotiations around the Iranian nuclear issue and Liz Truss becoming the Prime Minister of the United Kingdom.

His next in-person briefing is scheduled for Wednesday.

Vedant Patel made an impressive debut from the podium.

"Representing the United States on the world stage is a huge responsibility, and Vedant did it with the utmost professionalism and clear communication," Matt Hill said.

"Congrats my friend on an amazing debut," she tweeted.

Vedant Patel, who was born in Gujarat, is a graduate of the University of California, Riverside, and has previously served as an Assistant Press Secretary and Spokesperson for President Joe Biden in the White House.

Prior to that, he served as a spokesperson on the Presidential Inaugural Committee and the Biden-Harris Transition.

He also held communications positions on the Biden Campaign both in the primary and general elections.

"I often joke with him (Vedant Patel) that we give him easy assignments. We did not. It's just because he's super talented," Ms Psaki told reporters at her daily news conference in early April.

"Vedant, I'll say about him, he's a beautiful writer. He's a fast writer. I don't know if that means he could be a wire reporter. I think he has a very promising career in government ahead of him," she said and described his contributions as "amazing" for "everything he does to help me, help all of us, help the President every day".