In last one year, more than 30 people have been killed in 10 states including Karnataka, Andhra Pradesh, Maharashtra and Northeastern States by crowds, who are mobilized by rumors, spread over WhatsApp. 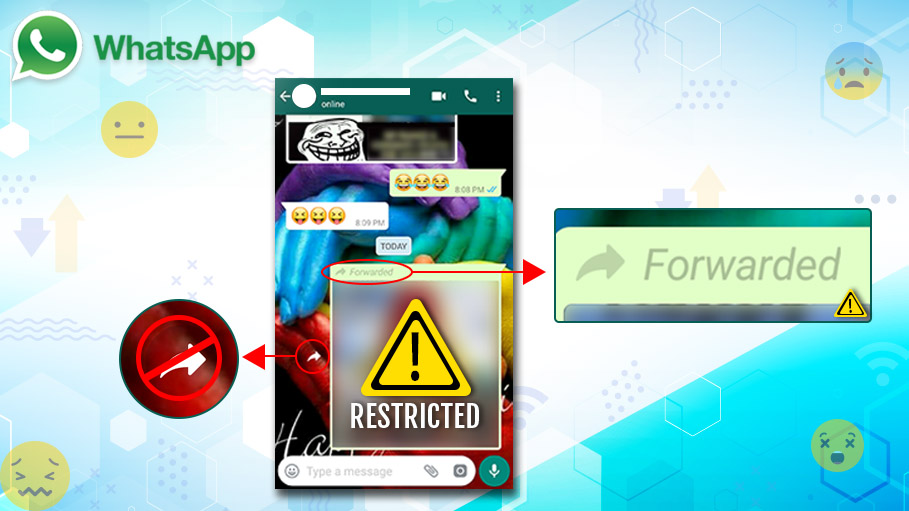 After mounting pressure from the Government of India, amidst the threat of rumors and fake news, which are circulated mainly through the Facebook-owned messaging platform, WhatsApp has announced a series of measures including a check on mass forwarding of messages, videos and images.

WhatsApp has issued a statement in which it has declared, launching a test to limit forwarding on WhatsApp, “In India — where people forward more messages, photos, and videos, than any other country in the world — we'll also test a lower limit of five chats at once and we'll remove the quick forward button next to media messages”. The feature to forward a message to multiple chats at once is added by WhatsApp a few years ago.

This week, the government has sent a letter to WhatsApp to undertake “more effective solutions that can bring in accountability and facilitate enforcement of law”, the notification by the government is initiated because of prevailing and increasing incidents of lynching in the country which are triggered by messages and rumors, circulated through WhatsApp.

Earlier this month, the Ministry of Electronics and IT (MEITY) had sent a strict warning to WhatsApp, asking the messaging platform to stop spreading of irresponsible messages, which are filled with rumors and provocation on its platform. The messaging platform has responded to the government through a letter saying that it will use a combination of technology with new features to identify forwarded messages and work with fact checkers and academia to address the issue.

In a press statement, MEITY said that it has been conveyed to the company, “in unmistakable terms that it is a very serious issue. There is a need for bringing in traceability and accountability when a provocative or inflammatory message is detected and a request is made by law enforcement agencies. When rumors and fake news get propagated by mischief mongers, the medium used for such propagation cannot evade responsibility and accountability”. The statement also cleared that if the company stay mute spectators they are liable to be treated as abettors and thereafter face legal action.

In last one year, more than 30 people have been killed in 10 states including Karnataka, Andhra Pradesh, Maharashtra and Northeastern States by crowds, who are mobilized by rumors, spread over WhatsApp. The statement mentioned the viral circulation of rumors on WhatsApp about child lifters in India’s Northeast and Maharashtra. “It is regretted that the enormity of the challenge and the rampant abuse happening in the country leading to repeated commissioning of crimes pursuant to rampant circulation of irresponsible messages in large volumes on their platform have not been addressed adequately by WhatsApp”.

In the competition for airing breaking news, the conventional media has taken the backstage and the people in general with the social media platforms have taken up the center stage to rule the information age. Measures to restrict and filter information is a must. As, in this age of communication, exchanging information with responsibility and the ethics of journalism, has an important role to play.