A royal engagement has been announced. Meet the lucky princess to be Meghan Markle, and know the whole story. 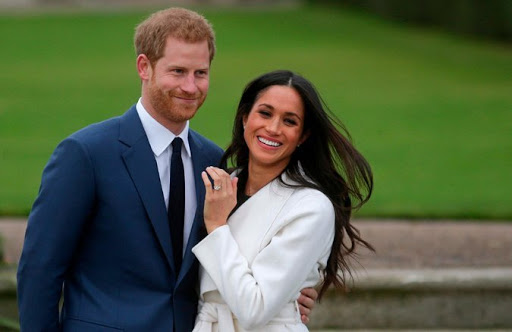 Britain’s Prince Harry announced his engagement to American actress, humanitarian c&aigner and lifestyle blogger Meghan Markle on Monday, November 27, 2017 with plans to wed next spring. In accordance with the royal custom, the couple sat down for an interview to discuss their relationship and upcoming nuptials. The two also shared how Meghan, 36, has     handled transitioning into the royal spotlight. “We’re a fantastic team. We know we are,” said the former army lieutenant, 33, who is at present fifth in line for the British throne.“The fact that I fell in love with Meghan so incredibly quickly was sort of a confirmation to me that all the stars were aligned, everything was just perfect,” Harry said during the engagement interview. “This beautiful woman just kind of literally tripped and fell into my life and I fell into her life”. Harry and Meghan literally completed each other’s statements and often reiterated the other’s feelings during the interview. Both also held hands during the entire session, giggling and gazing at each other, often locking into each other’s eyes.

When Harry met MeghanA mutual friend introduced the couple by setting them up on a blind date in July 2016. Neither knew much about the other, he had no clue who Meghan was and she had a different understanding of the royal family because she grew up in the States.  “I didn’t know much about him,” Meghan said, “And so the only thing that I had asked her when she said she wanted to set us up was … ‘Was he nice?’ because if he wasn’t kind, it didn’t seem like it would make sense.”Everything that she learned about Prince Harry she “learned through him” as opposed to having grown up around tabloids and news stories, she added. They met for a drink, then quickly set up a second date. A few weeks later, they set off for Botswana, where they c&ed out in a tent together for five days. “We were really by ourselves, which was crucial to me to make sure that we had a chance to get to know each other,” Harry said. Harry publicly confirmed their relationship to the media in November 2016. The two made their first official appearance together in Toronto at Harry’s Invictus Games in September 2017, where they held hands in public.Humanitarian work bonded themIn addition to acting, Meghan is also a humanitarian. She has c&aigned with the United Nations on causes such as gender equality and is a global ambassador for UN Women and World Vision Canada. “Both of us have passions for wanting to make change for good,” Harry said. “It was one of the first things we connected on: the different things we wanted to do in the world and that’s what got date two in the books,” Meghan added.Meghan was accepted and welcomed by the Royal Family

Initially Harry didn’t share with his family he had been meeting her. But he soon began introducing Meghan to key members of the royal family, including his brother, Prince William, and sister-in-law Catherine, Duchess of Cambridge. They have been “a fantastic support,” Harry said. Meghan has had a handful of teas and meetings with Harry’s father, Prince Charles, and has also charmed Queen Elizabeth II and her husband, Philip, the Duke of Edinburgh. Meghan said the royal family has been “so welcoming.”Meghan was born in Los Angeles and lives in Toronto, where she shoots “Suits.” She is the only child of Doria Ragland and Thomas Markle, who divorced when Meghan was a child. Her mother is a yoga instructor of African American descent, and her father is an Emmy-winning lighting director of Dutch-Irish origin. Meghan’s mixed-race heritage has already been a hot topic in the tabloids, given the monarchy’s history. “It’s a shame that that is the climate in this world today,” she said. “At the end of the day I’m just really proud of who I am and where I come from. [Harry and I] have never put any focus on that. We’ve just focused on who we are as a couple.”Harry’s surprise to Meghan in November 2017The couple described the night of the proposal as a typical, cozy night at home in their cottage at Kensington Palace. They had been roasting a chicken when Harry took her by surprise and got down on one knee. Meghan said yes instantly: “She didn’t even let me finish,” Harry said.The engagement ring pays tribute to Princess DianaHarry designed the three-stone ring with Cleave &&; Company Limited, his grandmother’s jewellers. The larger center stone hails from Botswana and the surrounding two diamonds came from Princess Diana’s collection “to make sure that she’s with us on this crazy journey together.”“It’s so important to me to know that she’s a part of this with us,” Meghan said. “I’m able in some way to know a part of her through [her family and friends] and through him.”