Woman Tortured by Her Brother for Two Years Denying Her Food

A 50-year-old woman in Delhi was harassed and left without food for two years by her brother. 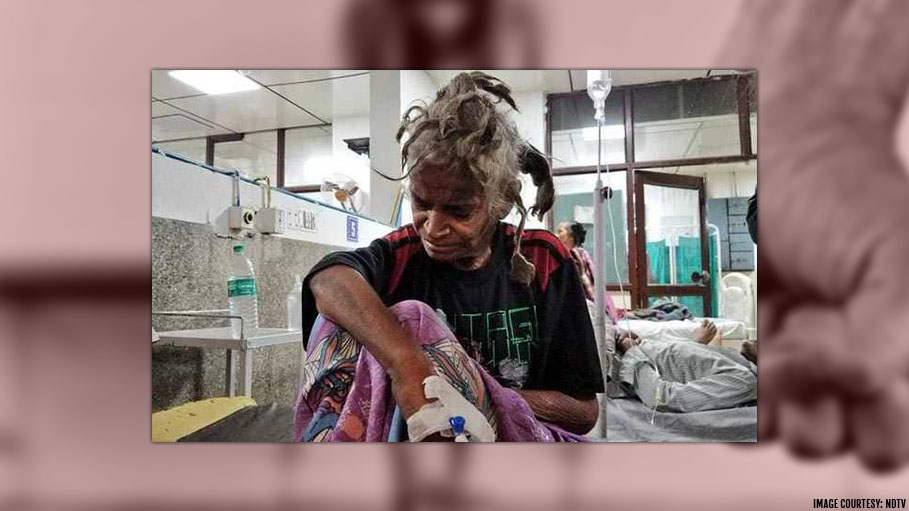 Recently a woman has been rescued from the torture of her brother. The incident occurred in New Delhi, India. The Delhi Commission for Women (DCW) along with the police performed the dramatic rescue operation. She was found in her brother’s residence in a very severe condition.

The police officials who are investing the case have decided not to disclose the name of the victim. Currently, she is unable to talk or move. Her condition is so poor that she is unable to recognize anyone except her brother and his wife. Swati Maliwal, the Delhi Commission for Women chief said that she looks much older of her age. She looks 90 years old while she is 50.

She was lying on the terrace over her excreta when she was rescued from the place of occurrence. She is extremely starved and is unable to know and take care of her basic needs.

She is reduced to bones due to starvation. The chief said that it is quite surprising that the neighbors never ever cared about informing about her condition to the local police all these years. Only a few days back the second brother of the victim took the step of informing the officials after which she was rescued from the place.

The rescue operation could not be completed on the first attempt. The chief and her officials were stopped from entering the premises by the suspect and his wife. There are also reports of the suspect’s wife of being abusive to the officials when they wanted to enter the house. Even after the invention of the police, the couple remained arrogant preventing all to enter the house.

Rajneesh Gupta, the deputy commissioner of the police told, “The police then climbed to the terrace through the neighboring house and found the woman in extremely poor condition.” After this, both the husband and wife were detained by the police. After the detention, the victim confirmed that the accused person is her brother. Investigations are going on and the police are after the reason for this extreme torture.

Some sources reveal that they were simply not willing to take care of her and thus served her only one slice of bread, that too once in every four days. She was so weak that she was unable to recognize anyone.

On asking for a justification of the matter, the brother informed the police that her sister has been suffering from bad mental health for which she needed to be kept locked inside the house. While the victim was admitted to the hospital, several representatives made a point to visit, to assure the health of the victim.

Reports said that the woman used to initially live with her mother in her parental home. Later on, after the death of the mother, she started living with her younger brother. The younger brother never seemed happy with her stay there. The brother used to ill-treat her for the past two years. He didn’t even allow anyone to meet her.

Such incidents are not new in India or in the world. Similar incidents happened in China too. In Southern China, there was a report of a 56-year-old man being shackled for years. There also, he was tortured by his brother for 17 long years after which he was freed. There was another incident in China where parents were the one who was found guilty. A Chinese man who was mentally ill was locked in a barn for 23 years by his own parents. Two years back he was freed from the place. They said that they did so because they did not want to take care of him while they were in public as his actions were embarrassing.

On the light of this case, the DCW chief asked the people to come forward and report the problems to the police. As per her comments, the torture continues to happen as no one ever opens the mouth. Unless the police get informed, it won’t be possible for them to take any action. She wanted such actions to come at the forefront so that many gets to understand that such things need attention.

There are several allegations over India being not much responsive on preventing physical torture in the household. The Delhi Commission for Women chief also said that the problem exists at the micro level. The number of incidents is much more than the documentation. There are no concrete methods to know whether torture is happening. Sources reveal that in many households the victim even denies the presence of violence for the fear of losing their respect and the family’s reputation in the society. They do not take it seriously even after it reaches a critical stage. Time and again, the police is trying their best to cover these oppressed sections.