Monkeypox: Since Britain first reported a confirmed monkeypox case on May 7, nearly 400 suspected and confirmed cases have been reported to the WHO in nearly two dozen countries far from the states where the virus is endemic. 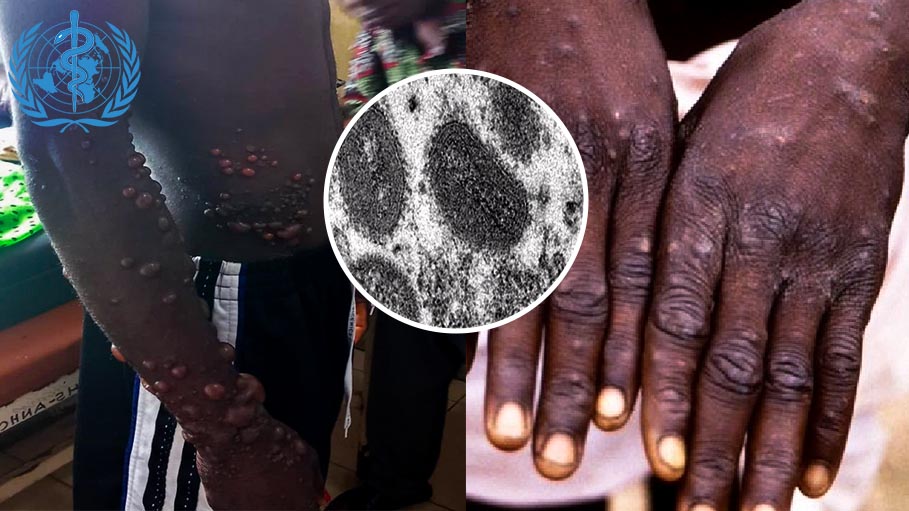 Geneva: The WHO said Monday it was not concerned for now that the spread of monkeypox beyond the African countries where it is typically found could spark a global pandemic.

Since Britain first reported a confirmed monkeypox case on May 7, nearly 400 suspected and confirmed cases have been reported to the World Health Organization in nearly two dozen countries far from the states where the virus is endemic.

The UN health agency has voiced concern at this "unusual situation", but reiterated Monday that there was no reason to panic over the virus, which spreads through close contact and usually does not cause severe disease.

Asked during an epidemiological briefing whether the virus, which is endemic in a range of west and central African nations, might provoke another pandemic, WHO's top monkeypox expert Rosamund Lewis acknowledged that "we don't know."

But "we don't think so," she said. "At the moment, we are not concerned of a global pandemic."

It was important, she said, to take rapid steps to rein in the spread of the virus.

"It is still possible to stop this outbreak before it gets larger," she told an online public forum.

"I don't think we should be scared collectively."

Monkeypox is related to smallpox, which killed millions around the world every year before it was eradicated in 1980.

But monkeypox is much less severe, and most people recover within three to four weeks.

The initial symptoms include a high fever, swollen lymph nodes and a blistery chickenpox-like rash.

Experts are trying to determine why the virus has suddenly begun spreading in countries where it has never been seen before, and mainly among young men.

One theory is that monkeypox is spreading more easily among people under the age of 45, who would not have been vaccinated against smallpox.

Vaccines developed for smallpox have also been found to be about 85 percent effective in preventing monkeypox, but they are in short supply.

Experts worry monkeypox could take advantage of the gaps in global immunity to fill the smallpox void.

"We are concerned that it will replace smallpox and we really don't want that to happen," said Lewis, who also heads WHO's smallpox secretariat.

She stressed the importance of raising awareness among those who might be at risk, detecting cases early, isolating those infected and tracking their contacts.

"If we all react quickly, and we all work together, we will be able to stop this ... before it reaches more vulnerable people," she said.

So far, many of the cases have been linked to young men who  have sex with men.

Experts stress there is no evidence that monkeypox is transmitted sexually, but suggest there may have been several so-called amplifying events where members of the LGBTQ community have been gathered in close proximity.

"This is not a gay disease," Andy Seale of WHO's sexually transmitted infections programme told the public forum, stressing that the virus could spread among any group of people in crowded spaces with close skin-to-skin contact.

But she said it still remained unclear if that transmission was "mostly through droplets or could be airborne."

"There are still many unknowns," she said told Monday's epidemiological briefing.