Over the last six months in the neonatal intensive care unit, he grew to just over 7 pounds. Now when he is returning home, he is healthy. 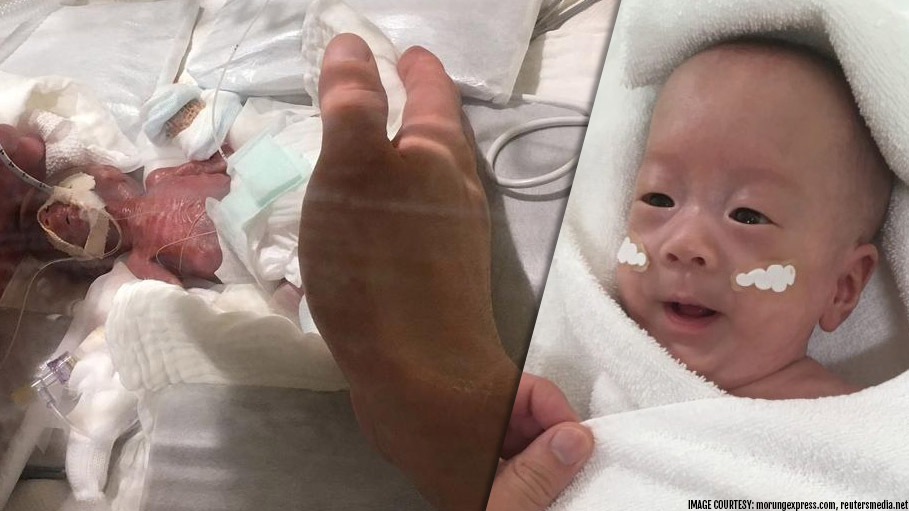 A baby boy in Tokyo who is weighing just 268 grams at birth and is believed to be the smallest surviving baby in the world has finally been released from the hospital sent to home, since his birth in the month of August in a Tokyo hospital.

The boy, whose name has been kept confidential, was born through an emergency Caesarean section at 24 weeks gestation was weighed less than 10 ounces, last August in Keio University hospital. The baby was kept in the hospital for 6 months after he failed to gain weight during the pregnancy and doctors feared his life was in danger.

Over the last six months in the neonatal intensive care unit, he grew to just over 7 pounds. Now when he is returning home, he is healthy. While leaving the hospital the boy’s mother said, “I am grateful that he has grown this big because, honestly, I wasn't sure he could survive”.

The baby’s doctor, Dr. Takeshi Arimitsu, says the child’s survival proves, “there is a possibility that babies will be able to leave the hospital in good health, even though they are born small”.

The baby was very small at birth and he could fit in a pair of hands. The doctors treated him at a neonatal intensive care unit at the hospital, by managing the nutrition and breathing of the baby and he grew steadily and was able to be breastfed. Babies born with a weight below 1,000 grams are likely to suffer heart failure and have difficulty in breathing or acquire severe infectious diseases due to their underdeveloped organs.

Quint Boenker Preemie Survival Foundation, which observes the underweight babies of the world says, babies born between 24 and 28 weeks gestation are considered extremely premature and the babies with weight less than 2.2 pounds are categorized as extremely low birth weight babies. According to the foundation, there is a 39 percent chance of survival for babies born at 24 weeks gestation.

Now the baby, whose official birth weight was 9.45 ounces, takes over the record of the smallest surviving baby boy that was previously held by a child in Germany, who was born in 2009 weighing just 274 grams or 9.6 ounces, according to the Tiniest Babies registry, which is managed by the University of Iowa. According to the registry, the smallest girl was born weighing 252 grams in Germany in 2015.

Around the world, there are 23 babies who survived after having been born premature and weighing under 300 grams, out of whom only four were boys, according to the Tiniest Babies Registry website.