The European Union warned Russia on Friday that it would face consequences if it invaded Ukraine, as Germany's new chancellor called for talks to resolve tensions after Moscow amassed troops on the border with its southwestern neighbour. 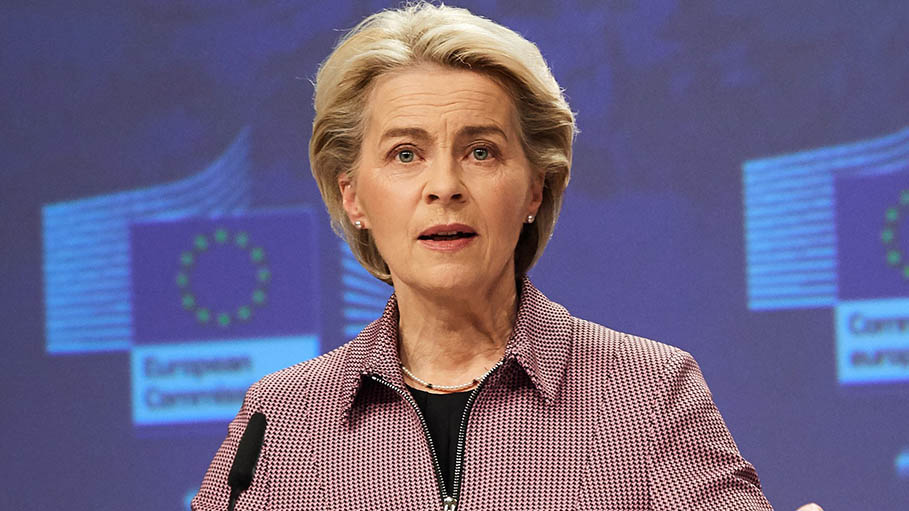 Brussels: The European Union warned Russia on Friday that it would face consequences if it invaded Ukraine, as Germany's new chancellor called for talks to resolve tensions after Moscow amassed troops on the border with its southwestern neighbour.

"Aggression needs to come with a price tag, which is why we will communicate these points ahead of time to Russia," European Commission President Ursula von der Leyen told a joint news conference with Olaf Scholz.

Von der Leyen said the EU would not discuss publicly any "sanctions and other measures across economic and financial sectors" that the 27-nation bloc would take with its partners against Moscow in the case of an invasion.

"We want a good relationship with Russia, but it depends first and foremost on the way in which Russia behaves. Russia is taking a threatening stance towards its neighbours and that undermines Europe's security," she said.

Asked if sanctions could include shutting the Nord Stream 2 pipeline that will carry gas to Europe, she said that, in general, energy should never be used to exert pressure and the energy security of Europe and its neighbours should be secured.

Scholz declined to answer the question on the Russian-German pipeline, saying that while it was clear that the EU and others would react if there was an invasion of Ukraine, talks to prevent such an outcome were also important.

Earlier in the day during a visit to France, Scholz called for a revival of the "Normandy format" talks between Germany, France, Russia and Ukraine to resolve the crisis.

"We are deeply concerned about the troops we are seeing along the Ukrainian border, and that's why it's important that Europe be firm in this area and show clearly that Europe's borders are inviolable," Scholz said at a news conference later with Charles Michel, president of the EU's European Council.

French President Emmanuel Macron warned during his meeting with Scholz about the risk of self-fulfilling prophecies following a U.S. intelligence assessment that a multi-front offensive on Ukraine by Russia could happen as early as next year.