The second official trailer for ‘Annabelle Comes Home’ is here. Take a look at this piece of the upcoming horror film, here! 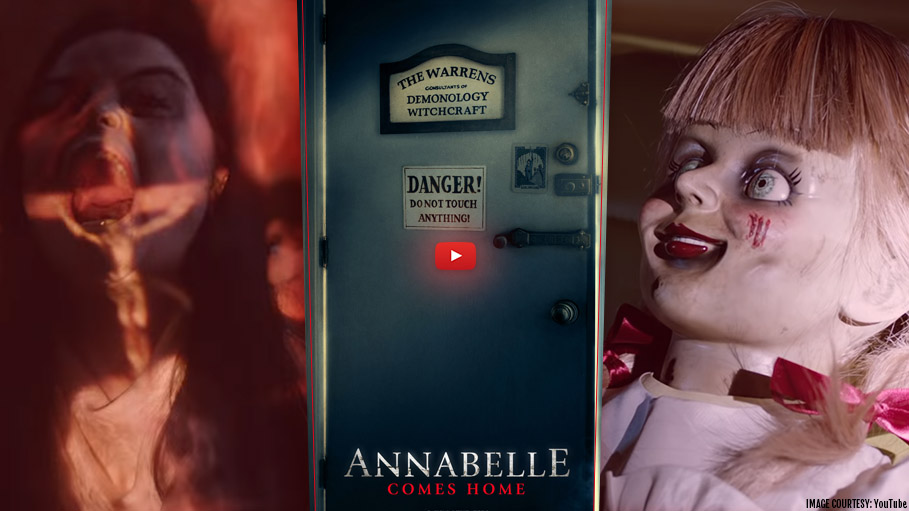 Warner Bros. Pictures has launched ‘Annabelle Comes Home’ - Official Trailer 2. And in the review I can only say, it’s an extended version of the first trailer, a little longer and elaborate. Horror factor: average to good!

Take a look at the trailer yourself:

‘Annabelle Comes Home’ is the third edition of the very popular ‘Annabelle’ franchise and a part of the ‘Conjuring Universe’. My review of the trailer 1 throws some light on the backdrop of Annabelle’s existence, precisely, the whats, hows and whys!

The official trailer 2 of this upcoming horror film offers nothing extraordinary, from a viewer’s perspective. Only the fear moments are a tad prolonged and an ominous telephonic conversation, towards the ending, will definitely draw your attention. And yes, if you are not very regular to the horror genre, the occasional evil giggling in the soundscape can definitely give you chills.

Let 26th June decide, whether the horror feature would be able to cast its spell! Do let us know your feedback in the comments below.