‘Bharat’ Trailer: Curly-Haired Katrina and Salman in Multiple Personas Arrive in Yet Another Bollywood Masala

Salman Khan will be hitting the big screens this Eid with ‘Bharat’ and its recently released trailer promises yet another Bollywood masala movie set in different periods of time. 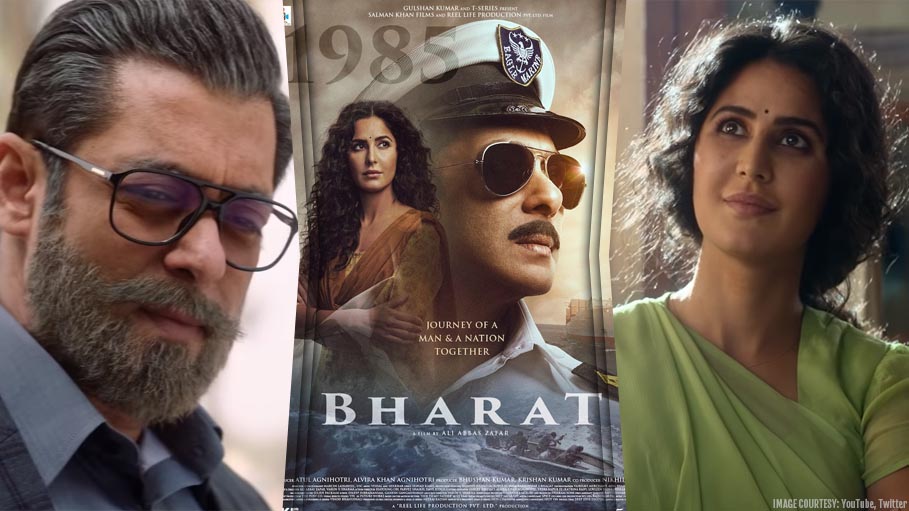 Salman Khan and Katrina Kaif starrer ‘Bharat’ has launched its trailer and it is a total entertainer. Rather than being an out and out periodic tale, the film encompasses a range from the year 1964 - 2010. ‘Bharat’ showcases the journey of a man in the backdrop of our nation, and of course, time. Young Salman aka Bharat growing into being beardy (yes, I’m referring to the look in the poster).

However, ‘Bharat’ cannot be categorized as a pure periodic piece, as it shifts from time to time, from generation to generation, and most interestingly Salman could be seen in different avatars. Precisely, ‘Bharat’ trailer portrays ‘Bhai’ in five different looks - a daredevil stuntman in circus flaunting an Elvis Presley like outfit, a coal miner, a marine officer, a middleaged Salman and finally the poster look. We wonder if there’s more in the film!

The leading lady of ‘Bharat’, Katrina Kaif, is looking pretty with her hair curled, she can carry off any look! But… the British accent interrupts again and again! If all the logics are put aside, you would find the couple dancing in attires which are very close to this 21st century. The lehengas, the pieces of jewellery, somehow get modern! Bollywood is magical indeed!

‘Bharat’ is an official adaptation of the 2014 released Korean film ‘Ode to My Father’ that earned a box office collection of 10.5 crores USD. The film is set in the times of the Korean war, revolves around a man’s experiences and his desperate attempt to reunite with his lost father and sister. Will ‘Bharat’ be a frame by frame rip off of the original feature film? Well, you got to add those songs, dances and some drama may be?

Jackie Shroff plays Salman’s father in the film offers hope of delivering an emotional and important angle in the film. Disha Patani dazzles as a circus girl, Sunil Grover is probably Bharat’s on-screen friend-in-need. This trailer, however, didn’t feature Tabu and intends to keep her character as a mystery.

Share with me your reaction towards ‘Bharat Trailer’, in the comments below.