Russia-Ukraine War: Moscow's invasion of its neighbour has triggered an outburst of support from Western nations that has seen weapons pour into the country. 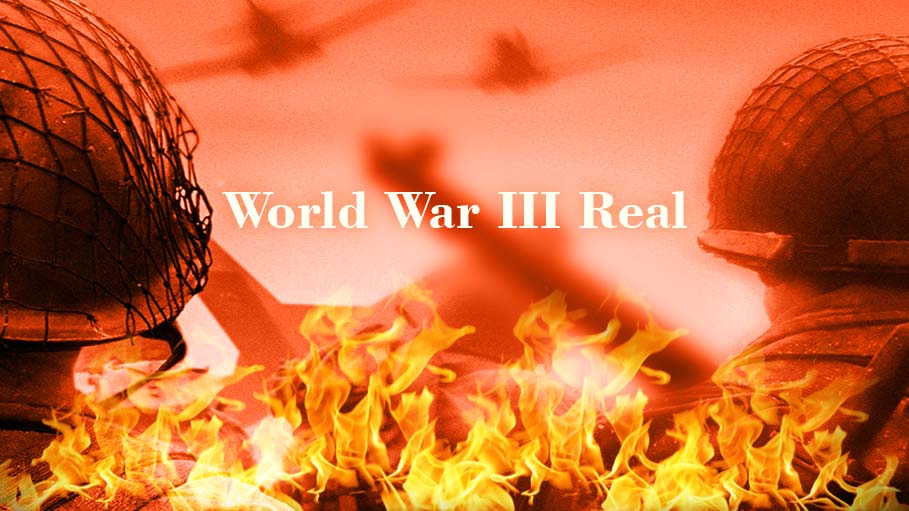 Kyiv: Russia has warned of the "real" threat of World War III breaking out, ahead of a Tuesday meeting between the United States and allies over sending further arms to war-torn Ukraine.

Moscow's invasion of its neighbour has triggered an outburst of support from Western nations that has seen weapons pour into the country to help it wage war against Russian troops.

But Western powers have been reluctant to deepen their involvement, for fear of sparking a conflict against nuclear-armed Russia.

"It is real, you can't underestimate it," Lavrov said.

For months, President Volodymyr Zelensky has been asking Ukraine's Western allies for heavy weapons -- including artillery and fighter jets -- vowing his forces could turn the tide of the war with more firepower.

The calls appear to be resonating now, with a host of NATO countries pledging to provide a range of heavy weapons and equipment, despite protests from Moscow.

In a landmark trip to Kyiv over the weekend, Pentagon chief Lloyd Austin and Secretary of State Antony Blinken met Zelensky and promised $700 million in new aid to Ukraine.

"The first step in winning is believing that you can win," Austin told a group of journalists after meeting the Ukrainian leader.

And on the invitation of the United States, 40 countries will also hold a security summit in Germany on Tuesday to discuss further arms to Ukraine -- as well as to ensure the country's longer-term security once the war is over.

Among the invited countries are European allies of the United States, but also Australia and Japan -- who fear that a Russian victory in Ukraine will set a precedent and encourage the territorial ambitions of China.

Finland and Sweden -- traditionally neutral countries that have been considering NATO membership since Russia's invasion of Ukraine -- are also on the guestlist.

But far from the diplomatic hustle and bustle, on the frontline, civilians continue to die in fighting raging across war-torn Ukraine.

At least five people were killed and another 18 wounded on Monday after a Russian rocket attack targeted railway infrastructure in the central Ukraine region of Vinnytsia.

Dozens of people were killed earlier this month in Russian strikes on a train station used for evacuations in the eastern city of Kramatorsk.

Ukraine's second city Kharkiv remains partially surrounded and Moscow's forces are regrouping in the south, but a Russian attempt to break through towards Zaporizhzhia in the east failed, the ministry added.

In Kharkiv -- which has faced a daily barrage of Russian rocket attacks since the war began over three months ago -- children spoke to AFP about the bombings, their daily life and hopes for peace.

"I miss my kickboxing training and dance classes," said Alina, 9, who has been forced to sleep in an underground car park.

"Victory would make me very happy. The war won't end straight away but it will in a few weeks, I made a wish."

Meanwhile on Monday, the governor of a Russian region bordering Ukraine accused Kyiv of bombing one of its villages, injuring two civilians and damaging several houses.

"A village was targeted... It is already clear that there are injured civilians," Belgorod region governor Vyacheslav Gladkov wrote on Telegram.

Russia in recent weeks has accused Ukrainian forces of striking targets on Russian soil, including two villages in Belgorod and another in the region of Bryansk.

The Russian defence ministry had said it would allow a civilian evacuation from Mariupol's sprawling steel plant, which has been sheltering the remaining Ukrainian resistance in the southeastern port city.

But the Russian army on Monday evening said no one used the proposed humanitarian corridor.

"The Kyiv authorities have again cynically undermined this humanitarian operation," it said in a statement, accusing the Ukrainian government of "indifference" towards its citizens.

Forty German diplomats will meanwhile be heading home from Russia after Moscow announced their expulsion, following Berlin's decision to kick out 40 Russian diplomats earlier this month.

The chief prosecutor visited the town of Bucha -- the scene of civilian killings which Ukraine has blamed on Russian forces -- almost two weeks ago. Russia has denied responsibility for the deaths.

"Ukraine is a crime scene. We're here because we have reasonable grounds to believe that crimes within the jurisdiction of the court are being committed," Karim Khan said at the time.

Meanwhile, the IMF warned that Asian nations, like the rest of the world, are being battered by the war, with Russia's invasion of Ukraine and Western sanctions on Moscow driving up food and fuel prices worldwide.

"This is a challenging time for policymakers as they try to address pressures on growth and tackle rising inflation," IMF official Anne-Marie Gulde-Wolf wrote in a blog.

And the UN is set to vote Tuesday on a resolution that would require the five permanent members of the Security Council to justify their use of the veto in future.

"It is not directed against Russia," said co-sponsor Liechtenstein's ambassador Christian Wenaweser.

The proposal was on ice for more than two years and its revival came as the Security Council has proven incapable of condemning Russia's invasion of Ukraine, due to Moscow's veto power.

But its application "will shed light" on the use of the veto right and on the "blockages" within the Security Council, said one ambassador, on condition of anonymity.

Ancient Buddhist City Near Kabul Threatened by Chinese Mine