Agustin Leon-Saenz assumes his ticket to Harvard University had something to do with the race-conscious admissions policy known as affirmative action. 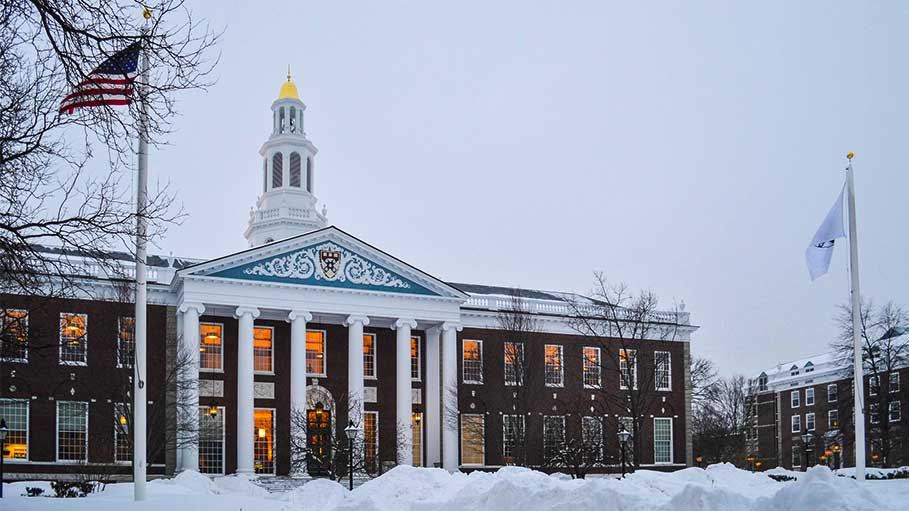 Washington: Agustin Leon-Saenz assumes his ticket to Harvard University had something to do with the race-conscious admissions policy known as affirmative action.

But make no mistake, Leon-Saenz said, "I deserve to be here."

The 19-year-old, a second-year science and engineering student at the Ivy League school in Cambridge, Massachusetts, was born in Ecuador.

He was seven years old when his family came to the United States and he did not speak a word of English.

Ahead of a Supreme Court hearing on Monday that could outlaw affirmative action as discriminatory, Leon-Saenz and other Harvard students and former students defended the policy.

Harvard, like other competitive US universities, takes race into account as it seeks to ensure a diverse student body and has programs specifically designed to attract minorities.

"I applied to Harvard as a result of outreach from the undergrad minority recruitment program," Leon-Saenz said.

Before Harvard, he attended public schools made up of mostly Black or Hispanic students.

Leon-Saenz earned excellent grades in high school and received an email one day from Harvard encouraging him to get in touch with a student at the university who was also from Ecuador.

"That was really, like, the reason I applied to Harvard because otherwise I obviously didn't know anyone from Harvard," he said. "To see that there was at least one other person (from Ecuador) was enough for me."

When his application to Harvard was accepted, Leon-Saenz said he "honestly did not believe it."

"Coming to Harvard did not feel real, attainable," he said.

When he did step foot on the campus of America's oldest private university, "the change was very jarring."

At his high school in New Mexico, most of Leon-Saenz' classmates were of Mexican origin while at Harvard less than 12 percent of the student body is of Hispanic descent.

Leon-Saenz is the only person of Ecuadoran origin in his class and he can sometimes feel out of place.

"Some of my peers, when they see me, they know I'm Latino, and don't necessarily see me as equal academically," he said.

"That is the reason why I relate more to the community of immigrants and first generation low-income students."

But Leon-Saenz said he "worked hard in school" and like others who may have benefitted from race-conscious admissions policies "we deserve to be here."

Kylan Tatum, who is studying literature at Harvard and uses they/them pronouns, is frustrated by the "question of who deserves to be here, who doesn't deserve to be here?"

It ignores "social factors that are influencing the ability to have good grades, test scores and extracurricular opportunities," they said.

Tatum, whose mother is African American and father of Vietnamese origin, said they are upset with the arguments being used to challenge affirmative action before the Supreme Court.

A group known as Students for Fair Admissions has filed suits against Harvard and the University of North Carolina claiming that their race-conscious admissions policies discriminate against equally qualified applicants of Asian-American origin.

Asian-American students are underrepresented at the schools considering their record of superior academic achievement, according to the complaints.

"I am someone who is both Black and Asian and seeing some of the tactics that have been used in this case is very alarming to me," Tatum said, calling it "weaponization of Asian American socioeconomic and educational success against other minorities."

'They learned from me'

Margaret Chin, an American of Chinese origin who received a degree from Harvard in 1984, said affirmative action had benefitted both her personally and her community as a whole.

Chin, whose father was a waiter and mother a garment worker, only considered applying to the Ivy League school after attending a student fair in New York City's Chinatown where Harvard had a booth.

"It took me a little bit to adjust," Chin said.

"But I was very lucky in my room (assignment)," she said, sharing housing with a mixed group of young Black, white and Asian women from varying social backgrounds.

"I learned about other ways of living," she said, "and they learned from me."

Chin, 62, a professor of sociology at Hunter College/CUNY in New York, said many Americans grow up in segregated communities, making it all the more important that institutions of higher education have diverse student bodies.

"People don't oftentimes see people of different races or even go to elementary, middle or high school together," she said.

If the Supreme Court strikes down affirmative action, not only minorities would suffer but the "whole population" as well, Chin said.