"Even If You Think I'm Lying...": Amber Heard on Trolling During Trial against Johnny Depp

Amber Heard said the "hate and vitriol" she suffered on social media during her libel trial against Johnny Depp was not "fair," but insisted in an interview released Monday she did not blame the jury for largely siding with her ex-husband. 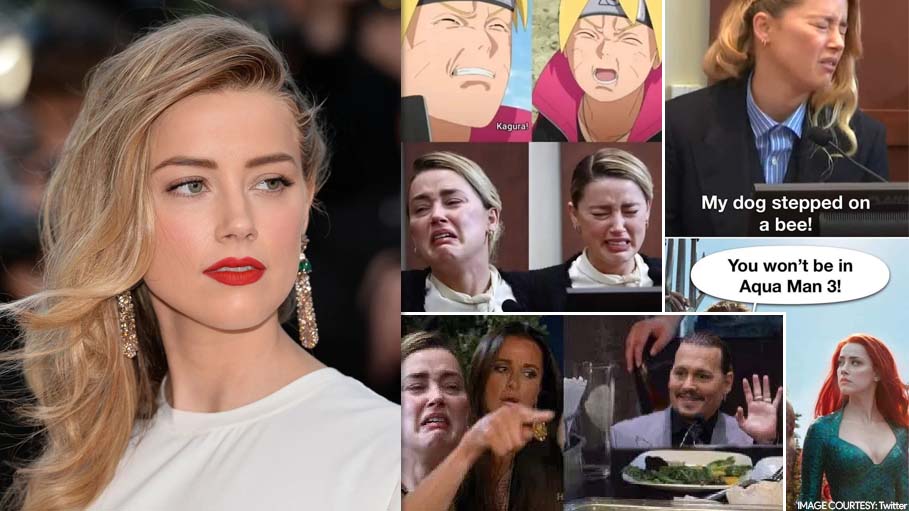 Washington: Amber Heard said the "hate and vitriol" she suffered on social media during her libel trial against Johnny Depp was not "fair," but insisted in an interview released Monday she did not blame the jury for largely siding with her ex-husband.

After a six-week legal tussle between the former Hollywood power couple, a US jury awarded Depp more than $10 million in damages for defamation, in contrast to just $2 million for Heard who had counter-sued.

The case, live-streamed to millions, featured lurid and intimate details about the celebrities' private lives, and Heard was targeted by countless social media posts and internet memes throughout.

"I don't presume the average person should know those things," Heard told NBC in her first major interview since the verdict. "And so I don't take it personally."

"But even somebody who is sure I'm deserving of all this hate and vitriol, even if you think that I'm lying, you still couldn't look me in the eye and tell me that you think on social media there's been a fair representation."

"You cannot tell me that you think that this has been fair," she said in a clip from the interview, which airs in full on NBC News' Dateline on Friday.

Depp sued Heard over a Washington Post op-ed in which she did not name him, but described herself as a "public figure representing domestic abuse." Heard counter-sued after Depp's lawyer described her abuse claims as a "hoax."

Online public opinion during the trial appeared to come down heavily on Depp's side, and Heard's lawyers accused his legal team of working to "demonize" her.

"I don't blame them. I actually understand he's a beloved character. And people feel they know him. He's a fantastic actor.

When interviewer Savannah Guthrie suggested it was the jury's duty to not be swayed by Depp's A-list status, Heard responded: "Again, how could they (not be) -- after listening to three and a half weeks of testimony about how I was a non-credible person, not to believe a word that came out of my mouth?"

SEE ALSO:
The Rise of the Chief Marketing Technologist

Elon Musk's "Everything App", Here's All You Need to Know