Donald Trump and family members lied to tax collectors, lenders and insurers for years in a scheme that routinely misstated the value of his properties to enrich themselves, according to a suit filed by New York's attorney general on Wednesday. 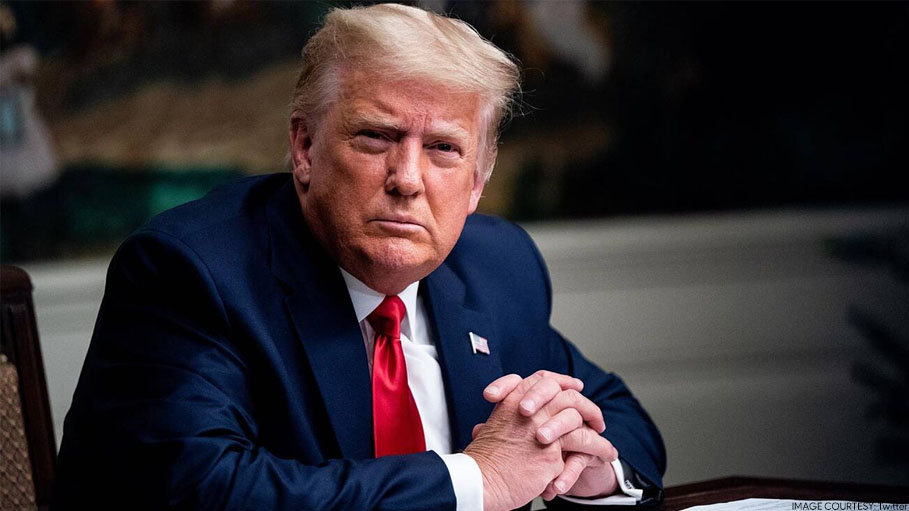 New York: Donald Trump and family members lied to tax collectors, lenders and insurers for years in a scheme that routinely misstated the value of his properties to enrich themselves, according to a suit filed by New York's attorney general on Wednesday.

Top state prosecutor Letitia James said that with the help of his children and others at the Trump Organization, the former president provided fraudulent statements of his net worth and false asset valuations "to obtain and satisfy loans, get insurance benefits, and pay lower taxes."

"In short, he lied to gain massive financial benefits for himself."

The sweeping investigation is one of many criminal, civil and congressional probes into Trump, who is eyeing another run for the White House in 2024.

Trump repeated his oft-used defense that the suit is "another witch hunt" against him, while his spokesperson denounced it as a political move by Democrats against the Republican businessman.

James' office requested that the former president pay at least $250 million in penalties -- a sum she says he made from the fraud -- and that his family be banned from running businesses in the state.

She also urged that Trump along with his children Donald Trump Jr, Eric Trump and Ivanka Trump be barred from purchasing property in the state for five years.

"The very foundation of his purported net worth is rooted in incredible fraud and illegality," James said in a statement.

Referring the title of Trump's book "The Art of Deal," she said that "Mr. Trump thought he could get away with the art of the steal, but today, that conduct ends."

James said her office, which lacks authority to file criminal charges, was making a criminal referral to the US Justice Department as well as the Internal Revenue Service based on the three-year investigation.

The lawsuit filed with the New York State Supreme Court includes allegations that Trump's annual financial statements for at least a decade grossly inflated property values across his assets -- from his Mar-a-Lago resort in Florida to Manhattan's Trump Tower -- to a "staggering" degree.

He did so to obtain favorable loans with lower interests and premiums, said James, who is running to be re-elected to her post in November.

The suit details tactics used by Trump and his associates, saying they would represent that he had cash on hand when he didn't, change valuation properties wildly, and use "objectively false numbers to calculate property values" including at his famous triplex on Fifth Avenue.

"When the well-connected break the law to take in more money than they are entitled to, it reduces resources available to working people, to regular people, to small businesses and to all tax payers."

James' lawsuit requests that a judge appoint an independent authority to monitor the Trump Organization's financial practices, and remove the Trumps from their own family business.

New York authorities have been probing Trump and his family business since 2018, when the Manhattan district attorney opened a probe into the then-president who has long vied to present himself as a self-made billionaire.

James' civil inquiry began the next year, after Trump's former lawyer gave testimony that indicated the company had engaged in misconduct.

The DA's criminal probe has not resulted in any charges as of yet.

He is to serve five months in prison contingent on his testifying truthfully at the October criminal trial of the Trump Organization on tax fraud charges, the Manhattan District Attorney Alvin Bragg said last month.

His lawyers have tried to block the government's access to those files, requesting that an independent arbiter sort through the documents to determine if any fall under special legal privileges.

A federal judge sided with Trump and allowed the appointment of a so-called special master, though the government appealed her decision to block their access to those documents marked as classified.

A three-judge appellate panel, two of whom were nominated by Trump, agreed on Wednesday that government should regain access to the classified documents.

Trump is also facing legal scrutiny for his efforts to overturn the results of the November 2020 election and over the January 6, 2021 attack on the US Capitol by his supporters.