"It Has Been Very Difficult": Frustration Grows over Shanghai

Shanghai's controls drag into the sixth week, and many of the city's residential committees are now targets of public discontent, with residents accusing them of heavy-handed measures. 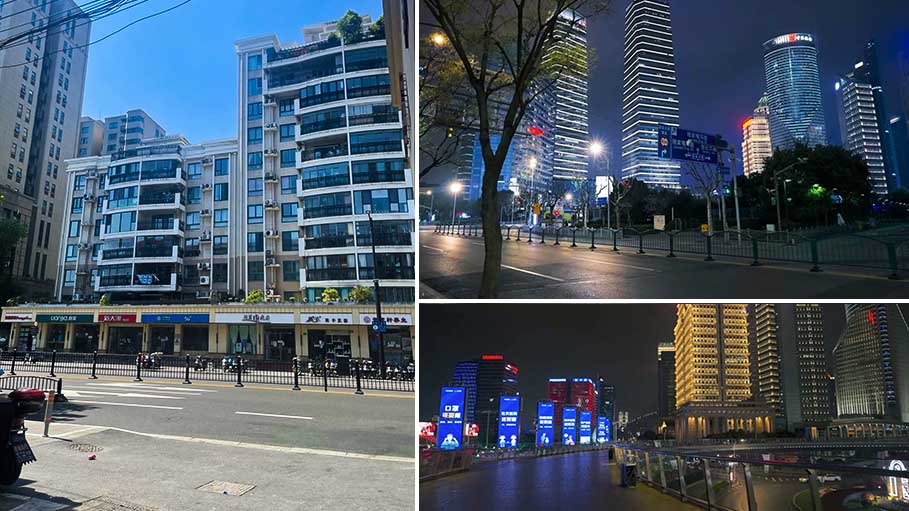 Last week, Elizabeth Liu and her husband were excited about the prospect of leaving their Shanghai residential compound for the first time in over a month. All but one building in the compound had just been reclassified as low risk after 14 days of no COVID cases.

"My husband put on the hazmat suit and went to pick up our groceries from the supermarket because our building was technically a precautionary zone, she said. "According to law, we should be able to go out."

But after he returned, the couple received a visit from a member of their compound's residential committee and two policemen who told them to stay home.

"Listen to the neighborhood committee because they know best," Liu quoted one of the policemen as saying.

Known in Chinese as "juweihui", residential committees - comprised of volunteers who receive a daily stipend - have gone into overdrive during the pandemic, helping authorities conduct mass testing, delivering food to people in need and helping to enforce draconian lockdown measures.

But as Shanghai's controls drag into the sixth week, many of the city's juweihui are now targets of public discontent, with residents accusing them of excessive caution and overstepping with arbitrary, heavy-handed measures.

Current Shanghai guidelines say residents can leave their "area" if that area has been classified as "precautionary" but do not define the area.

The rules also say residents should only go out for "appropriate activity" but precisely what they are allowed to do depends on the latitude of the juweihui. Although Shanghai government data shows more than 70% of the city's residents are now in precautionary areas, in practice many people have not been allowed beyond their compound's gates.

Residents also complain that the committees are reluctant to disclose exactly what is permitted and often change rules on a whim.

"The juweihui has lots of power in interpreting citywide policies, so I've seen lots of unevenness on the ground," said Yifei Li, sociologist and assistant professor at NYU-Shanghai, who has spent the last month under lockdown.

"But what frustrates me most is when they keep changing their rules about what's allowed and what's not," he said. "That just adds so much unpredictability to what already is a precarious situation."

Asked by Reuters about the uneven enforcement of rules by the juweihui, the Shanghai government declined to comment. It said, however, in an April 12 post on its Wechat social media account that each district had the authority to implement tougher restrictions according to circumstances.

For their part, residential committee members have also been pushed to their limits by the lockdown. Some committee directors have even been removed from their positions after being named by the Shanghai government for failing to take responsibility for COVID prevention.

"It has been very difficult," said a juweihui volunteer in a large compound in central Shanghai who declined to be identified. "We also didn't expect the lockdown to last this long."

Residential committees are tasked with mediating between the people and their district government - a role enshrined in law in 1989 as the ruling Communist Party sought to extend its reach after widespread unrest.

While the law defines them as "autonomous", it says the committees are responsible for implementing state policy and issuing state propaganda. The law also stipulates they "must not make orders by force" - a clause that some residents argue means they have no legal authority to confine people in their homes.

In the meantime, frustration grows.

At one compound in central Shanghai, residents told Reuters that a committee volunteer said she was unable to grant them permission to leave their apartments, even though they had been COVID-free throughout the outbreak.

Another group living in the Pudong district in Shanghai's east was allowed to visit a supermarket across the road but was escorted by their residential committee chief and led home 45 minutes later, a move one resident mockingly described as a "school trip".

The juweihui "clearly think that they're doing us a great service by limiting our freedom," said NYU-Shanghai's Li.

SEE ALSO:
How Can You Boost E-Commerce Sale with SEO Tactics