‘Jhalak Dikhla Jaa Reloaded’: Emraan Hashmi Back on This Playboy Track from the ‘The Body’

The mischievous Emraan Hashmi mode is back on track, with ‘Jhalak Dikhla Jaa Reloaded’, from the upcoming murder thriller ‘The Body’, watch video! 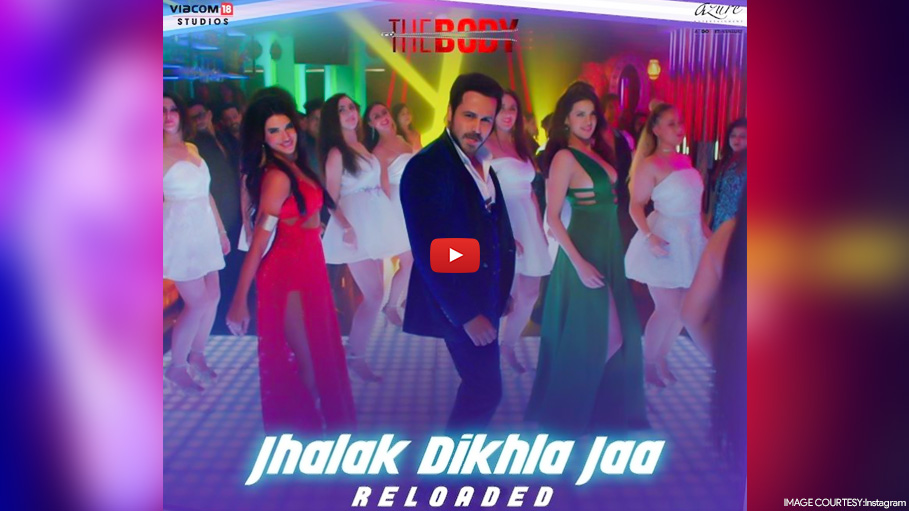 Emraan Hashmi is back on track, and that too with his classic hit ‘Jhalak Dikhla Jaa Reloaded’. The song has been recreated for the upcoming suspense thriller ‘The Body’ and the feisty actor can be seen getting up and close with foreign beauties, tripping up as the heat soars high!

The video song that has already garnered over 10 million views, is once again voiced by singer-composer Himesh Reshammiya, who had co-written, composed and sung the original song ‘Jhalak Dikhla Ja’ from the film ‘Aksar’. The 2006 thriller drama starred Emraan Hashmi in the main lead, and the song was picturised on him in a party dance sequence.

Back then, the song became an instant hit right after it came out and soon went on to be a party anthem. ‘Jhalak Dikhla Ja’ dance steps were pretty simple, easy to follow, precisely, a mass favourite.

Although, the lyrics are not exactly the same this time, that ‘aaja aaja’ iconic step persists. You just can’t miss Emraan Hashmi jiggling his index finger to the tune… sheer memories!

Veteran actor Rishi Kapoor is also a part of this video song, who plays an investigator in ‘The Body’ which happens to a murder-mystery-thriller. The Hindi remake of 2012 released Spanish thriller ‘El Cuerpo’ (The Body) revolves around the death of a powerful business woman and his husband’s extra-marrital affair. The plot complicates, when the corpse of the woman disappears from the morgue.

‘The Body’ is directed by Jeethu Joseph, originally written by Oriol Paulo (he also directed the original Spanish version) and produced by Viacom18 & Sunir Kheterpal. The film is scheduled to release on Friday the 13th, December 2019.