Twitter has now come up with a number of tips, if you need help or want to find out what’s happening with the #KeralaFloods relief effort. 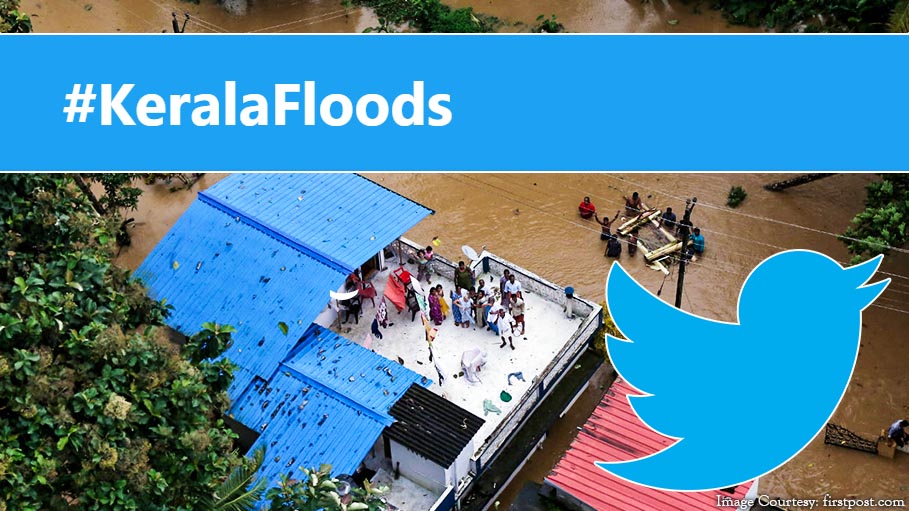 From various government agencies to relief organizations to Bollywood actors and cricket stars, Twitter was and still is the place in India to find out what was happening with the #KeralaFloods. More than 2.62 million Tweets were shared across India and around the world on the #KeralaFloods and the conversations continue to flow.

Although rains have eased in Kerala offering some respite, the huge task of cleaning up from the worst flooding in 100 years must begin. Thousands of people are still living in relief camps, and many still remain cut off and in need of help.

Twitter has now come up with a number of tips, if you need help or want to find out what’s happening with the #KeralaFloods relief effort. They include:

1. Do NOT spread unverified messages received via social media channels, private group chats, or SMS. They can cause a lot of confusion and wasted effort.

3. Tweet with a clear Call-to-Action. Clearly state how people can help - either by donating money, donating food or essential supplies, or by Retweeting.

4. After a rescue or relief Tweet has been addressed, it’s generally a good practice to Retweet your own Tweet with an update saying a particular rescue has been conducted and thank the people who did it.

5. Use the right hashtags for the rescue effort (#KeralaFloods #RebuildKerala)